We previously posted blog entry No Plugin? No Problem! to demonstrate deployment to GlassFish using FlexDeploy Shell plugin. In addition, our customers and partners have been developing plugins using the FlexDeploy Plugin SDK. These options demonstrate the flexibility that can be achieved when using FlexDeploy. At the same time, FlexDeploy comes with many out of the box plugins to help automate build, deploy and release aspects for many application and middleware components. See FlexDeploy Documentation WIKI for more details.

In this blog entry, I will briefly describe deployment process for GlassFish application server and in a subsequent blog entry talk about deploying to Payara Application Server as well.

For the deploy workflow we will have the following steps. All workflow steps below are created using FlexDeploy GlassFish Plugin, i.e. no scripting at all. 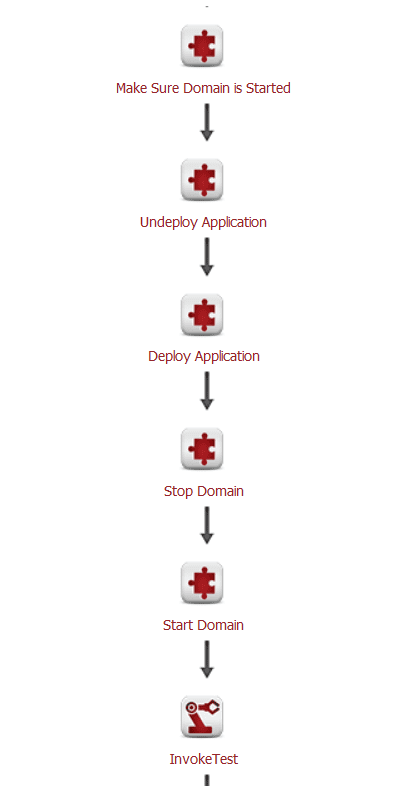 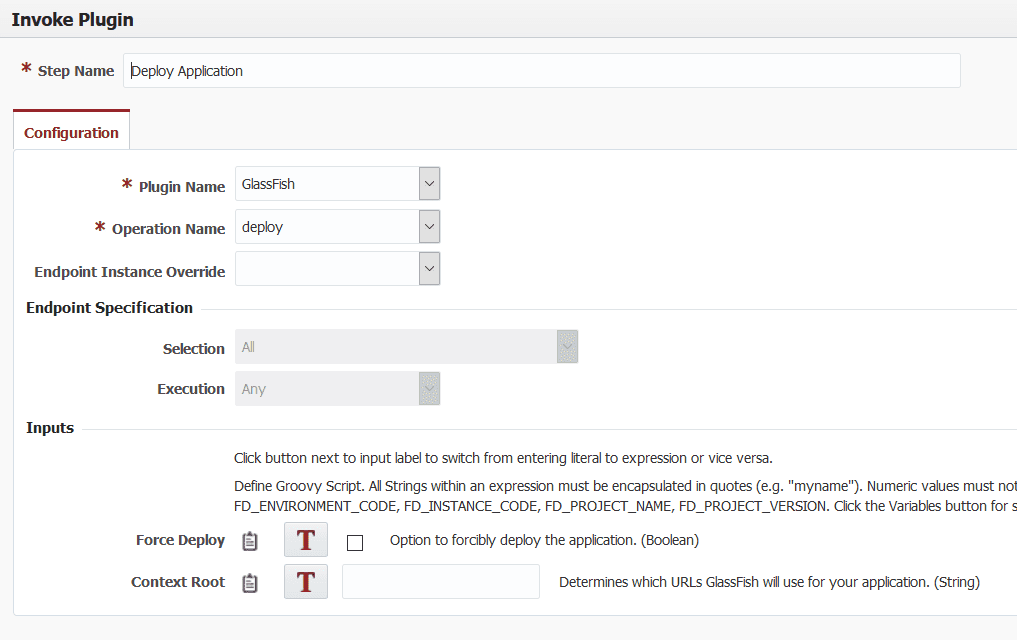 Topology and Workflow setup will be reused if you are deploying more than one EAR file to this GlassFish installation.

We did not talk about build aspect for EAR file here but that can be achieved by using other FlexDeploy plugins. Once build is successfully completed, you can deploy the Project (i.e. EAR) using deployment request form as shown below. 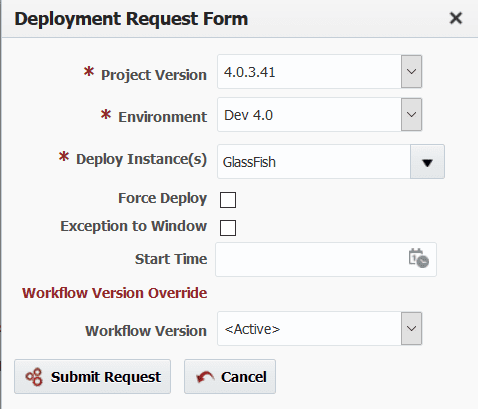 These steps are different than what is necessary for deployment to WebLogic, Tomcat, JBoss etc. but that is all hidden behind FlexDeploy workflow. Developers and operations team would follow exact same steps in FlexDeploy for deployment of any application and/or middleware components. Idea of such automation is to allow teams to spend more time on meaningful activities, avoid human errors, enforce consistency and deliver faster.