In previous post, I talked about Automated deployments to GlassFish application server. Payara is open source application server derived from GlassFish, so basically FlexDeploy GlassFish plugin works with Payara as well. I have installed Payara on my laptop using zip download. Payara can be started using “asadmin” command line utility, but in my case I started Payara domain using Start Domain operation of FlexDeploy plugin, which I will not describe in this post but it is fairly straightforward to use start and stop plugin operations in Utility workflow.

We will first setup FlexDeploy workflow with 3 simple steps. First make sure domain is running, then undeploy application and then deploy new version of the application. 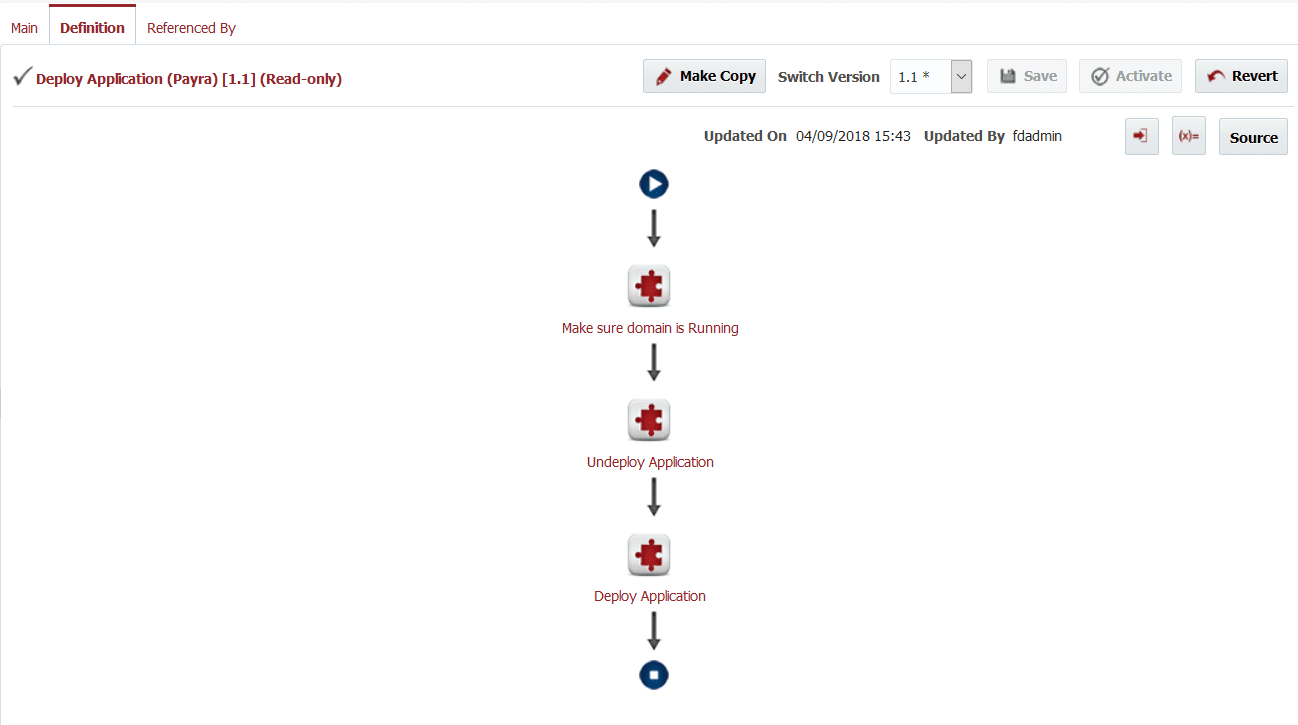 Configurations in FlexDeploy are done by creating logical Instances (we will name it Payara) and associating them with environments like Development, Test, Pre-Production, Production etc. In this example, let’s configure Payara server in Development environment.

We will not talk about build workflow, but you can use Ant, Maven, JDeveloper or even Shell plugin to create war or ear file from Source Code.

FlexDeploy Project is basically the Artifact(s) being managed as a group. In this case, I will use sample.war file to demonstrate deployment to Payara application server. I have created FlexDeploy Project to build this war file and then deploy using workflow shown above. Deployment request is submitted as it would be for any other type of artifact in FlexDeploy where you will pick Project Version and Environment. 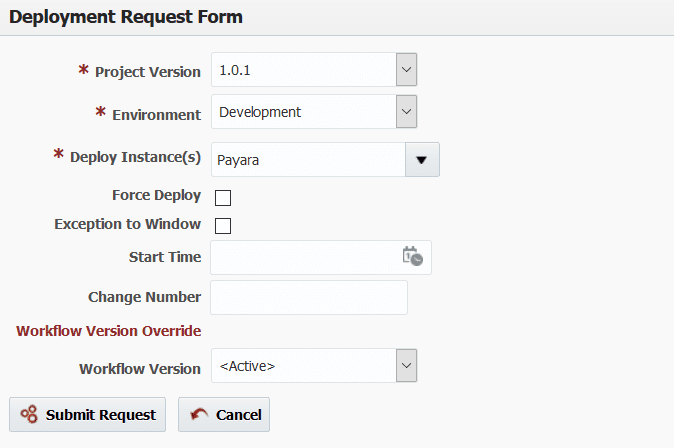 You can manually submit request or automate entire process by using Continuous Integration configurations or even use Release and Pipelines to continuously deliver changes through various environments. In any case, FlexDeploy allows you to setup Deployment Schedules and/or Approvals which is provided by FlexDeploy platform and works for any type of Artifact being managed. 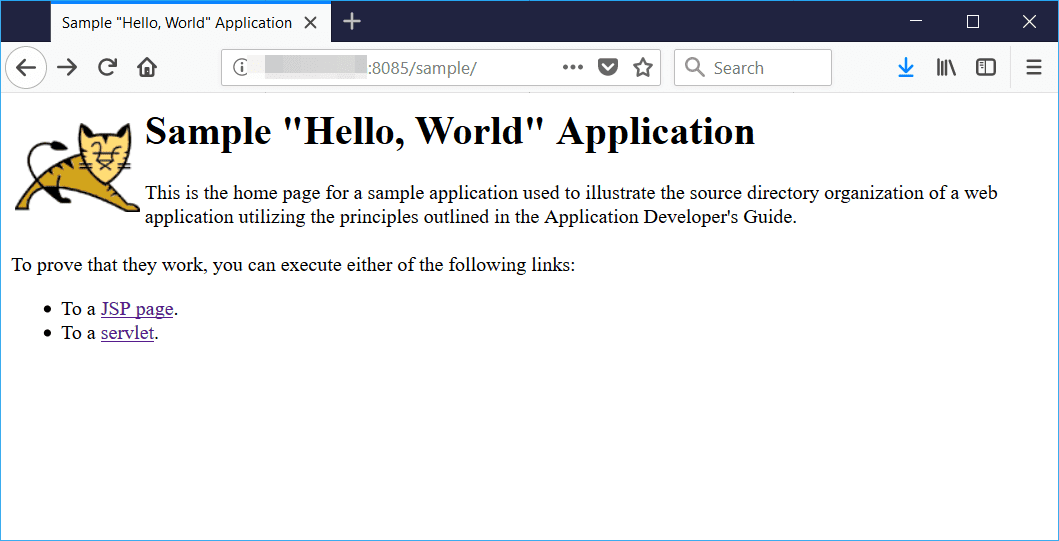 That’s it, now you can setup Continuous Integration for your application(s) through FlexDeploy. You can also automate other supporting artifacts for your applications by using other FlexDeploy plugins. For example, JDBC or Oracle Database plugins can be used to automate management of database objects along with application deployments. You can use Test Automation to run automated tests during build or deploy process to make sure application being delivered is of good quality. You can even automate resource creation in Payara application server by using Shell plugin where FlexDeploy does not yet provide any out of box plugin. Even better yet you can develop your own FlexDeploy plugins using Plugin SDK. Now enjoy benefits of Automation.