The IT branch of a Queensland Government department was spending an entire day to migrate code between Oracle environments. Using manual methods also introduced errors, which resulted in rework and another day to migrate the code. 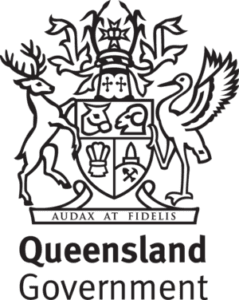 The Solution: Integral and FlexDeploy

After a technology evaluation, a Proof of Concept was undertaken using FlexDeploy, a Continuous Deployment and Release Automation (CDRA) software product from Flexagon, a Wisconsin, USA-based company. The result was a massive reduction of effort and errors.

The ICT Executive Manager of the Department said:

“We went from needing one entire day to migrate between environments and needing lots of testing and rework to just 30 minutes without the introduction of any errors. We have been using FlexDeploy for three years with a very high level of confidence now and are planning to use it for all our major systems. It has been a great investment for us.”

“We reduced a full day’s effort to 30 minutes without any errors by using FlexDeploy.”

Enterprises need to deliver faster, increase quality, and reduce the cost and risk associated with software delivery. FlexDeploy is a DevOps Platform for Continuous Delivery and Release Automation which supports traditional and agile software methodologies, can be used with open source and commercial technologies, and provides value to organizations of all sizes. FlexDeploy streamlines deployment and release pipelines across on premises and cloud environments, reducing errors, outages, and time to market.

The Queensland Government Department has been an Integral customer since 2011 during which time we have completed a number of consulting engagements to support the Oracle Fusion Middleware (OFM), BPM and SOA products. During this period, Integral also provided our ConfigNOW product used for configuration and deployment management of Oracle Fusion Middleware technologies, including Oracle WebLogic. In 2017, Integral decided to ‘open source’ ConfigNOW product and additionally investigate other tools that would be useful to the Department as their Oracle technology stack continued to expand. After an exhaustive global search, Integral decided that Flexagon’s FlexDeploy would be of most value, alongside ConfigNOW. Since 2017, Integral has continued to assist the Department by providing training, advice and consulting services with FlexDeploy and Oracle middleware support services.

Learn how FlexDeploy can exceed your goals and expectations.