There are copious resources and information on Continuous Integration (CI) and Continuous Delivery (CD), including definitions, best practices, and how-to guides. Additionally, there are a plethora of CI/CD tools marketed every day. But why do we really need CI and CD?

Let’s start with some basic information…

There are many definitions floating around, but here are two that capture the essence of each process:

“Continuous Integration is a development practice that requires developers to integrate code into a shared repository several times a day.” (Source: ThoughtWorks)

“Continuous Delivery is a software engineering approach in which teams produce software in short cycles, ensuring that the software can be reliably released at any time and, when releasing the software, doing so manually.” (Source: Wikipedia)

So, that sounds good and all. But you may be asking, “What’s the big deal?” To answer that question, we’ll need to imagine a world without CI/CD to see why so many people are hopping on the CI/CD train.

A World Without CI/CD is a Slow and Scary Place 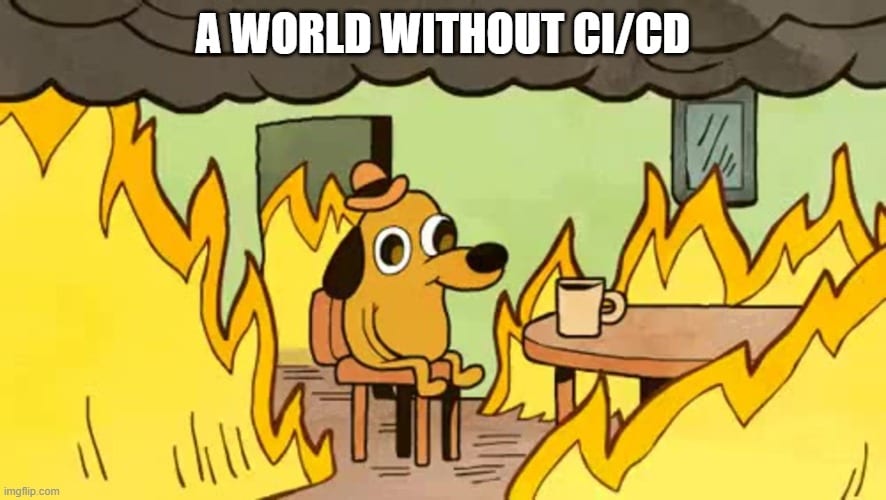 Manual tasks are tedious and frustrating for those completing them. These tasks slow down the delivery process and ultimately stunt innovation. If the competition is using automation and you aren’t, then the competition is winning. Code waiting to be deploying isn’t making money.

“Where is the error occurring? What caused it? What is deployed in each environment? Can we roll back?”

These are questions you’ll be asking and trying to answer every day without CI/CD.

No automation means user errors. Every manual task opens the door for mistakes. The errors are frequent and difficult to resolve.

Additionally, since large amounts of code are merged infrequently, errors are found at the end of a long development cycle and may be more challenging to fix or have implications to other parts of the code base which are difficult to troubleshoot.

Errors cause tension between the individuals and departments involved in the software delivery process. Operations blame developers for the bad code. Developers are frustrated with all the manual tasks and blame QA for not catching the errors. Customer service blames everyone involved in the process when they have to settle a disgruntled end user. Ultimately, the organization lacks collaboration and camaraderie.

A World With CI/CD is Simply a Better World 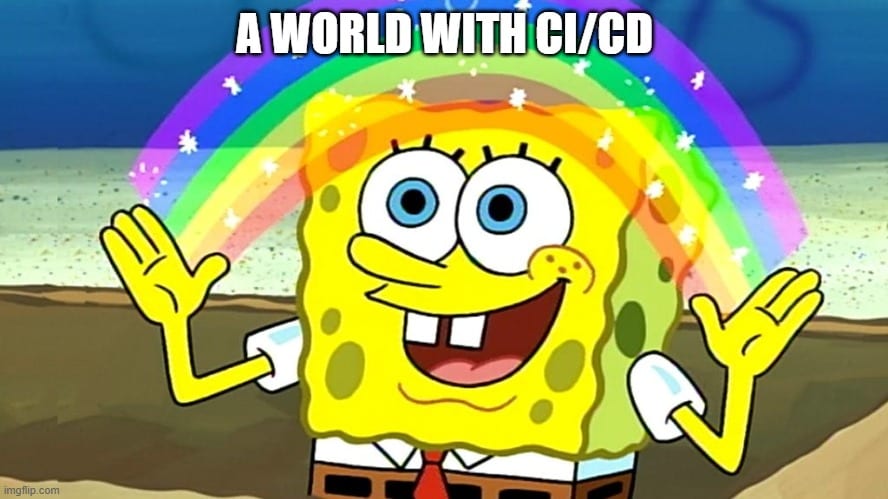 Today’s business world requires faster innovation than ever before. With automation, you can achieve faster deliveries and again feedback from end users as there are fewer manual tasks to complete and you are releasing smaller changes to production more frequently. CI/CD better equips you to compete in the marketplace.

With CI/CD, the process of testing and deploying is transparent. Any issues are visible almost immediately and the source can be quickly found, thus reducing the guesswork usually involved in identifying the cause.

Because bugs are easily tracked, people are held accountable. This doesn’t mean it’s time for the blame game, it means that the person who worked on that particular section is the one best to resolve it. Ultimately, uptime is increased.

Errors occur. Modern software features, projects, and applications are complex. There are infinite ways a release could go wrong. And every developer is a human after all. Continuous Integration eliminates some of these complexities, decreasing the areas where problems lie and increasing the likelihood of success. Automation is integral to reducing human error. If a computer can do a task, let the computer do it.

Two of the main principles of Continuous Integration are running code frequently and automating the build and test portions of the software delivery lifecycle. Running code integration multiple times every day means errors will be found sooner and can then be remedied sooner because there is less digging to do.

The Takeda Pharmaceutical Company experienced a 500% reduction in errors and outages after the implementation of CI/CD in the form of a DevOps platform!

If repeatable and predictable tasks are handed off to automation, you free up time for your developers to do what they love: developing. Leave the mundane, repetitive tasks to computers (they don’t mind), and let your developers do higher level jobs that are more fulfilling and rewarding!

With CI/CD the same amount of resources can be spread further. So more can be accomplished while remaining in the original business constraints.

Faster and more frequent releases and less errors lead to trust between developers and the rest of the business, met deadlines, reliable outcomes, and happier end users. CI/CD is a win-win.

To read case studies (in addition to the two companies mentioned above), please visit our Customer Insights page!

CI/CD Makes the World Go Round

Without CI/CD, deliveries are slow, visibility is lacking, errors are frequent, and end users are unhappy. However, with CI/CD and the automation, frequent integration, visibility, collaboration, and error resolutions that accompany it, these issues are eliminated. It’s no wonder more and more businesses are moving toward agile methodologies and automated processes!

Do you want to enter a world with CI/CD?

In my position at Flexagon as a Marketing Generalist, I have the pleasure of helping customers meet their delivery and release automation needs! I have been working in the marketing field for a year now and enjoy every day I get to create and distribute helpful and informative content.