Among the above reasons the chief concern is deploying consistent versioned APIs.  Currently there is no way to deploy an API iteration, other than the current iteration, to a Gateway via the UI.  As a result all kinds of headaches can arise particularly if two changes are being worked simultaneously.  Lets take a look at how we can tackle some of these concerns in FlexDeploy.

What’s in our toolbox?

Before we get into the approach for managing the APIs, lets take a look at the operations we have available so we can come up with a good solution.  The 5.1 release of FlexDeploy provides extremely robust plugin operations for Oracle API Platform.

Now that we have a firm grasp of what we have available its time to decide on an approach that works for us.  Here are some options.

Option 1 is what I will call the traditional FlexDeploy approach.  The build workflow exports the API from the API Platform server and saves it to the Artifact Repository. 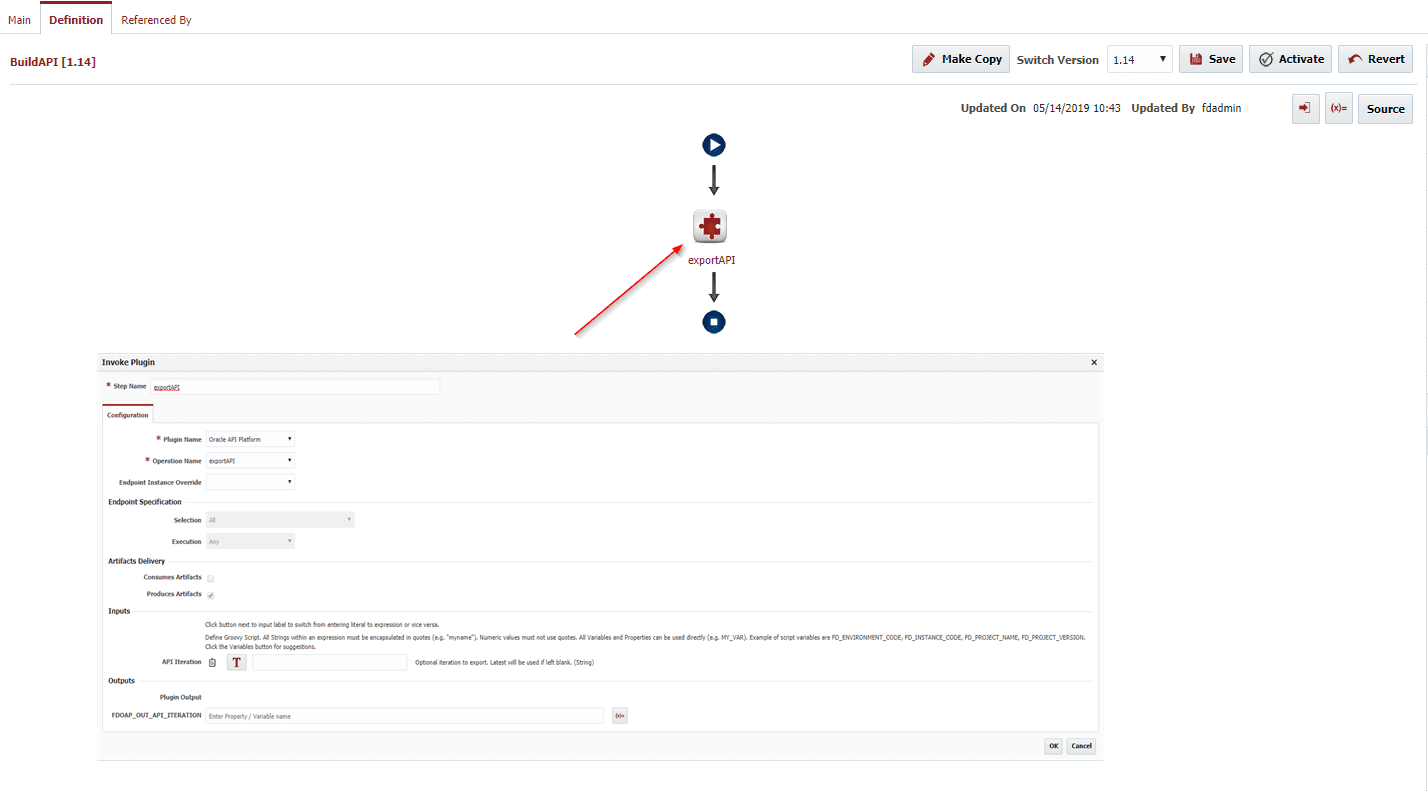 Subsequently the deploy workflow imports the API and then deploys the API to the Gateway. 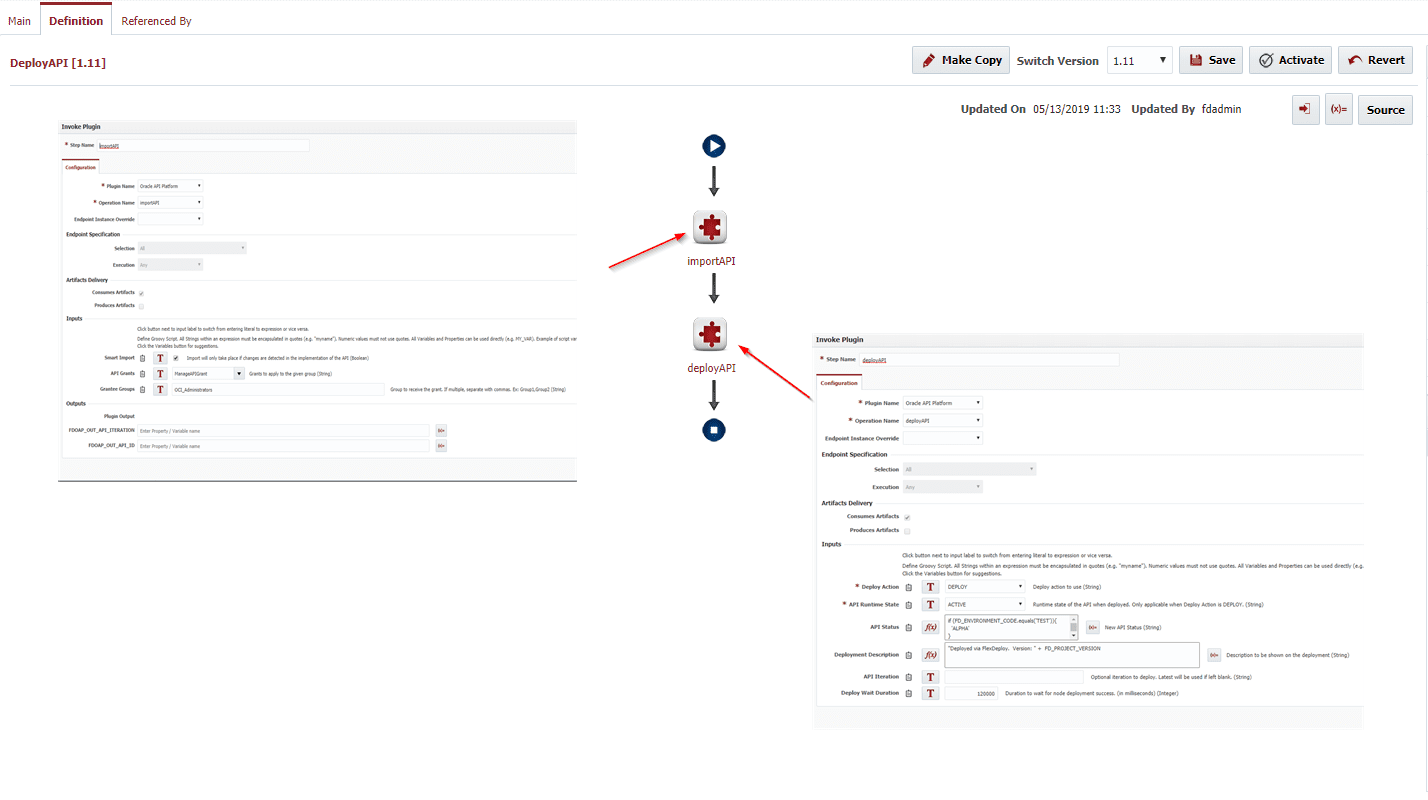 The largest benefit of this approach is also perhaps the biggest drawback.  The import step prior to deployment ensures that your API will be persisted through any accidental deletions or environment migrations.  On the flip side this also means any changes made since the build took place will be lost.  Lucky for us, option 2 will address this.

Option 2 is the preferred approach in my opinion.  It is similar to Option 1 but it removes the import step and relies solely on the API iteration.  Because of this we are able to keep any changes made to the API on API Platform that are not part of the build.  The build workflow is the same as before with the notable exception that we are saving our API Iteration in the Artifact Repository. 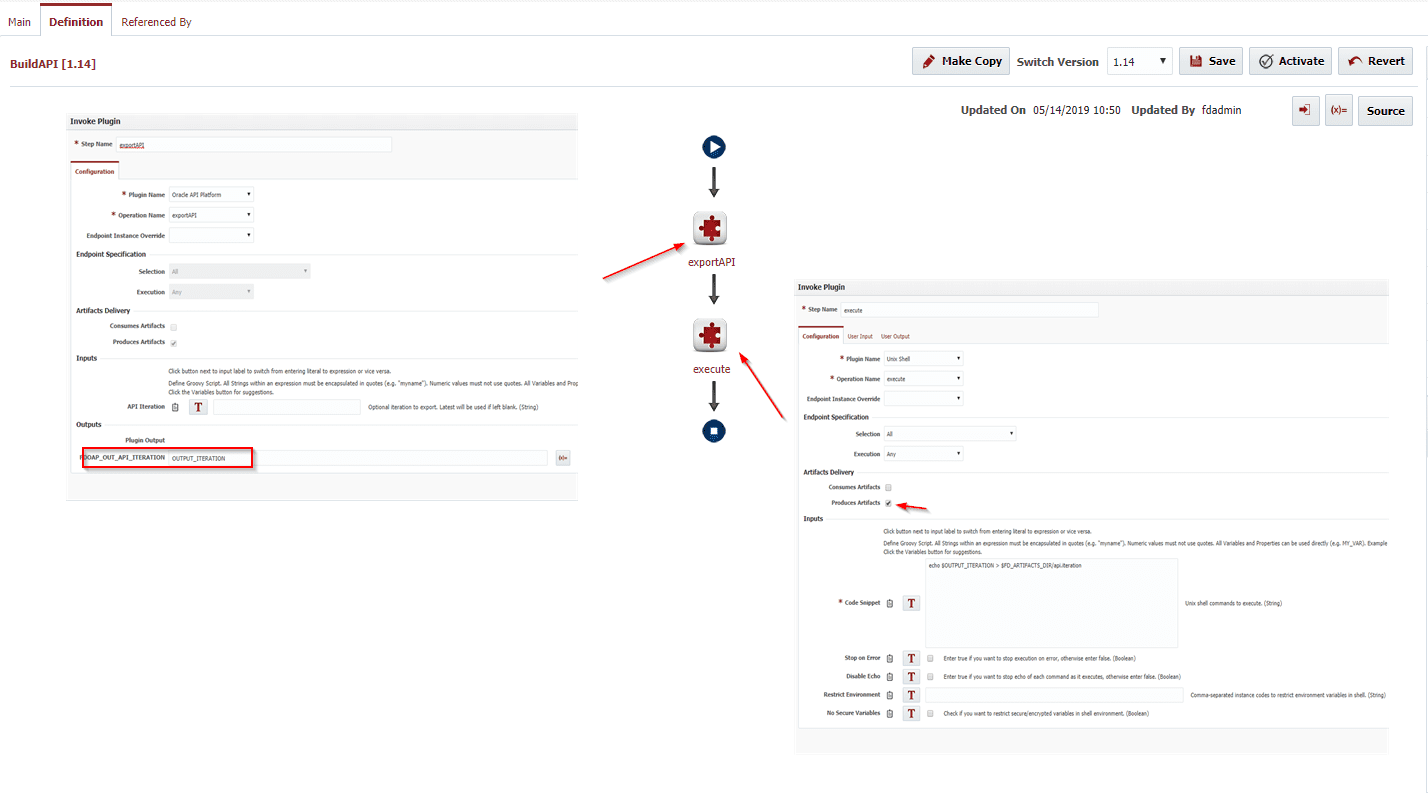 As mentioned, notice the absence of the import step in our deploy workflow.  Instead, we read the API iteration into a variable and use that for the deployAPI step. 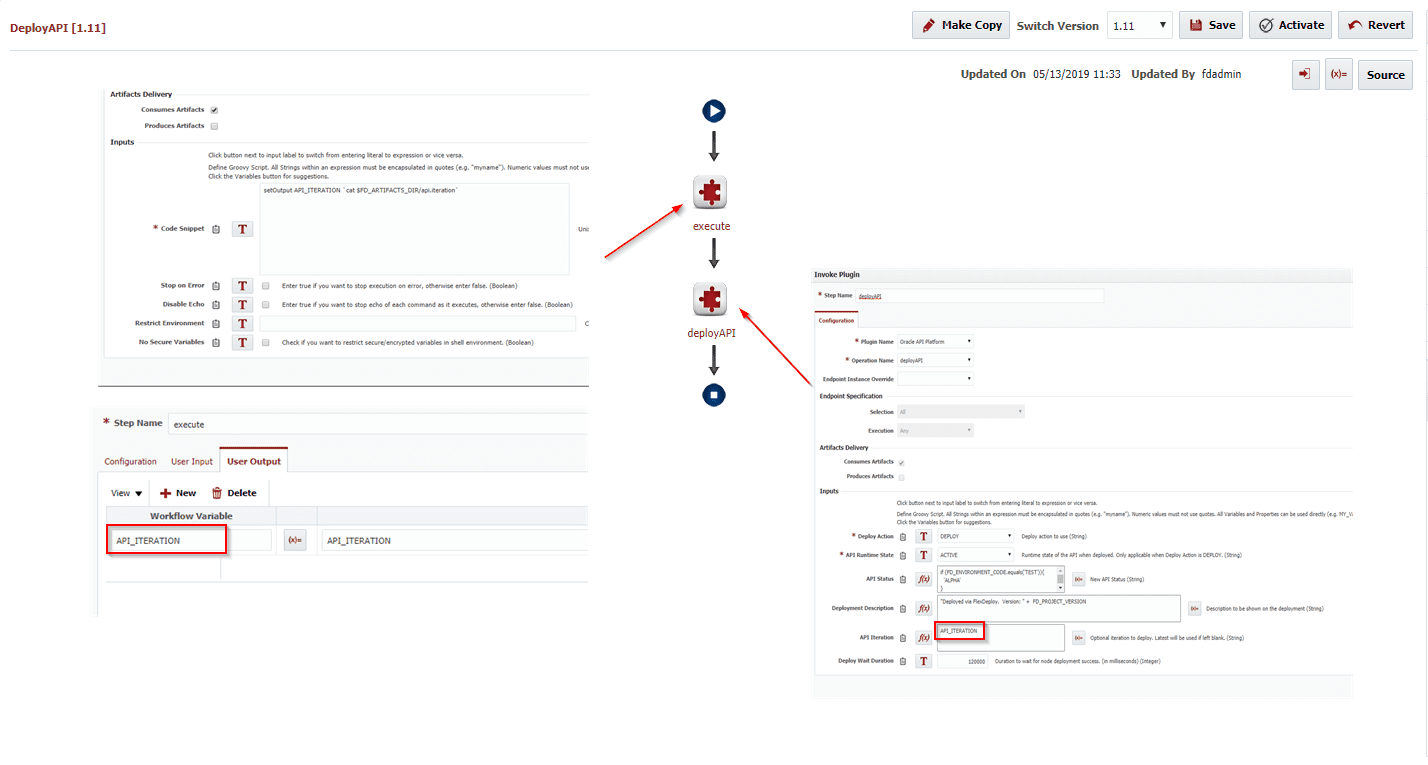 The last option I want to show is quite a bit different from the previous two, particularly during build.  In the first two options we are relying on APIs that already exist in API Platform. However, for this last option, we are going to build directly from a source control system instead.  This is the most controversial option so far so lets look at the pros and cons.

Manage the API source code alongside the back end

Initial setup can be daunting

Which option is right for you?

That depends.  In most cases I would argue Option 2 is the way to go as it allows preservation of the current API source on API Platform.  However, Option 3 really shines when you have a large implementation with a lot of APIs that happen to be pretty similar.  You could even go so far as to have a ‘template’ API utilizing FlexDeploy properties that is reused across the board.  Happy coding!