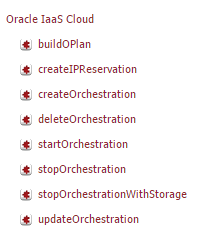 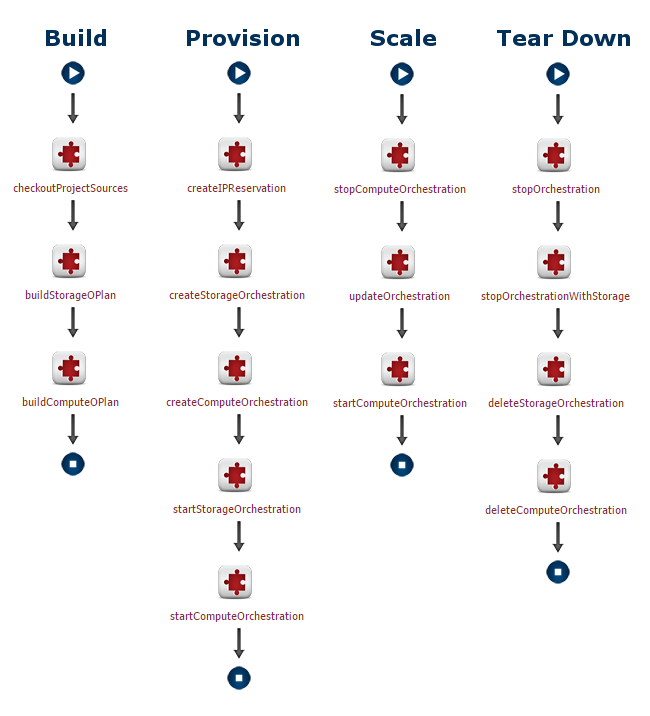 The FlexDeploy lifecycle has two parts, build and deploy. A build typically checks something out of SCM and then either builds or archives it as an artifact that is kept in FlexDeploy, and can be deployed to servers in different environments. The deploy step would usually deploy those artifacts to a server. With the cloud plugins, the build step is similar, but the deploy step is used for provisioning and scaling the infrastructure.

The variables that drive the deploy, update, and tear down workflows are also shown as well as the configuration of the createComputeOrchestration step. Users can map the variables to project properties or workflow inputs as desired to make the workflows reusable. You can deploy a number of orchestrations and manage them with these 4 workflows. 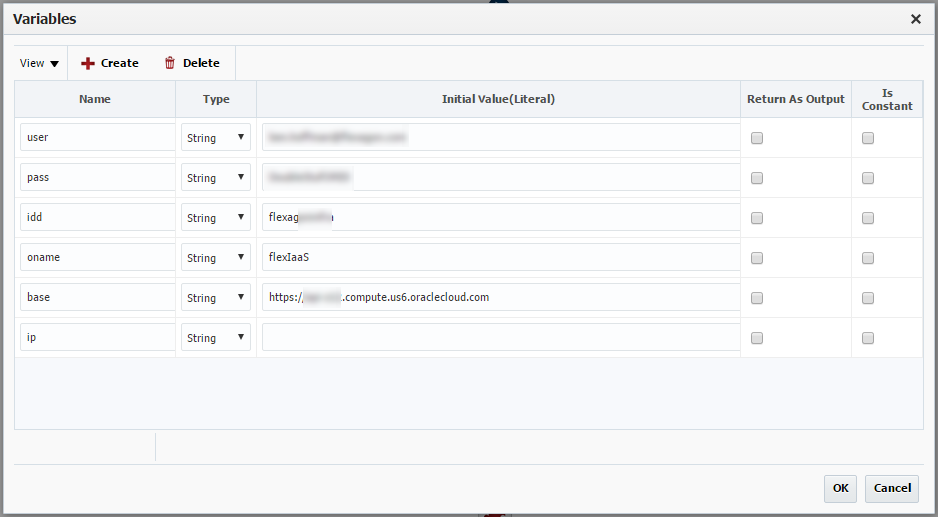 Here are some images of the execution logs from running the workflows. 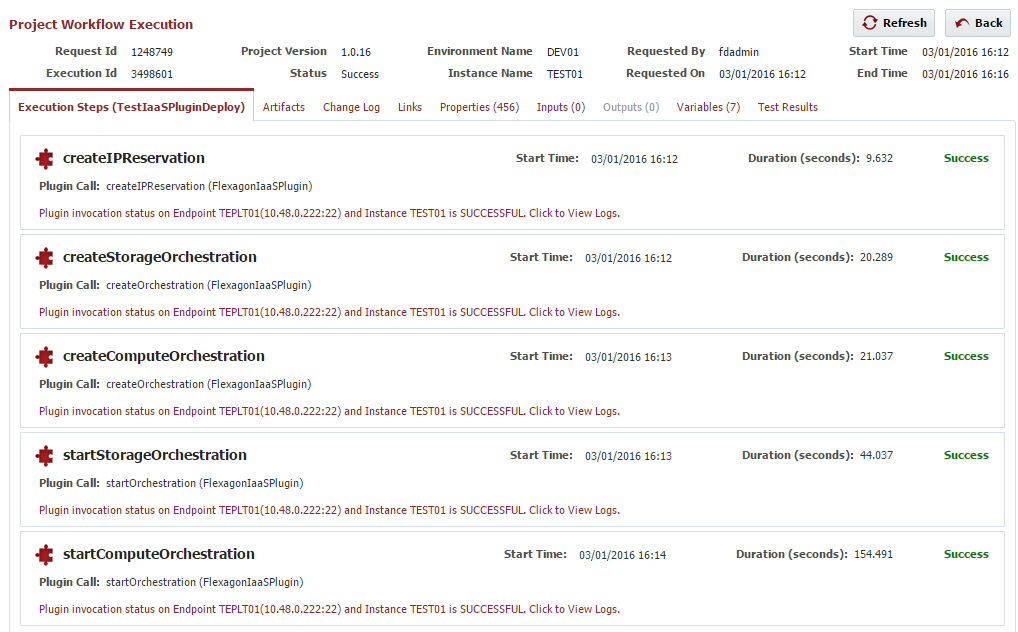 3 – Updating the size of the compute instance 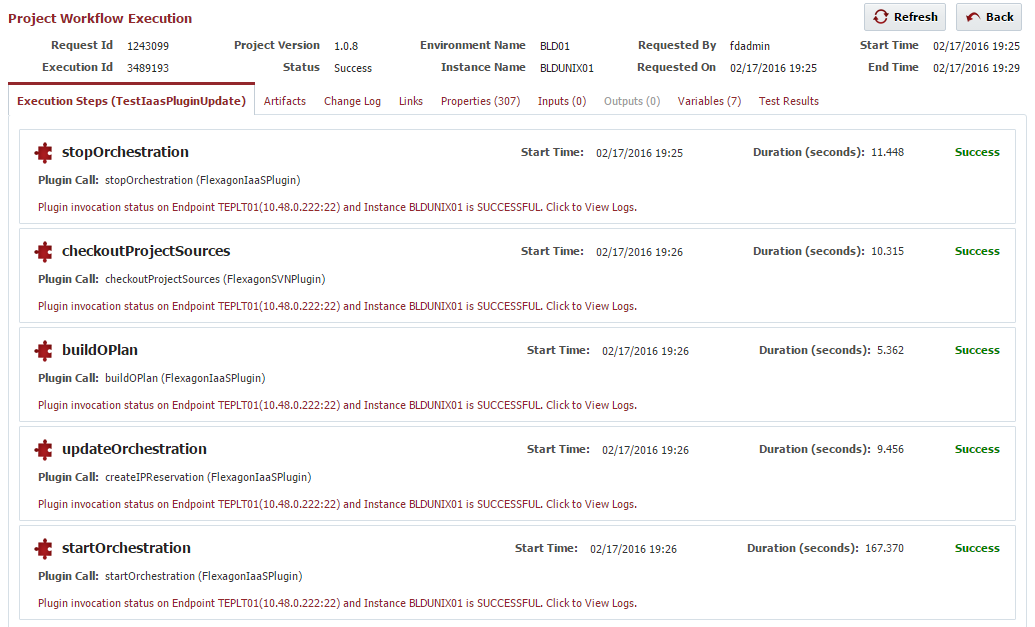 4 – Deleting the storage and compute instances 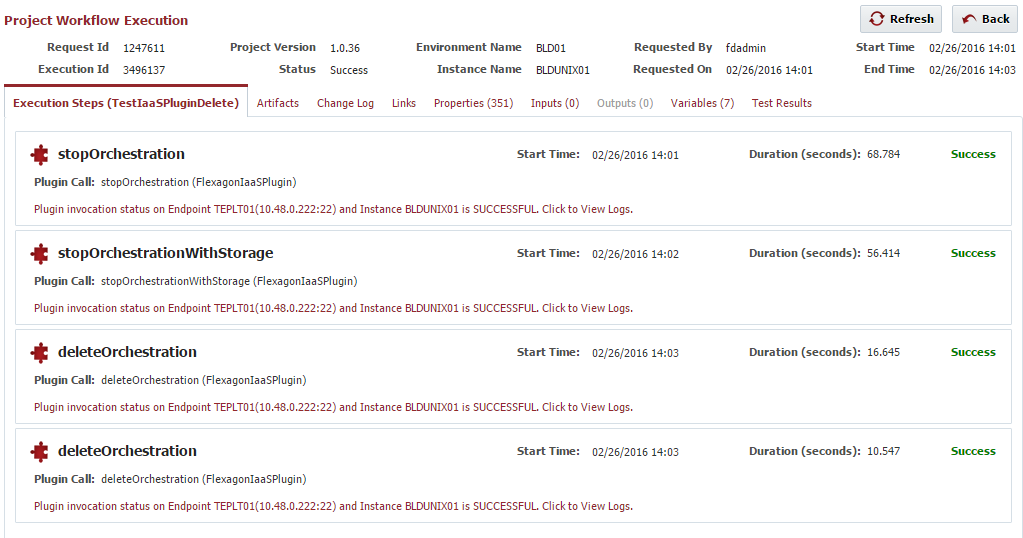 Hopefully this blog article has helped you to understand how FlexDeploy can assist in provisioning and managing your IaaS environment by providing a stable platform to create, version, and maintain your Infrastructure. As leaders in the IaaS space, Flexagon would be happy to assist you with questions that you face when provisioning and managing your IaaS environment. The next blog post in the series will focus on the PaaS Cloud – Database Cloud Services and Java Cloud Services plugins.

1 thought on “Provisioning and Managing IaaS Orchestrations with FlexDeploy”