We are pleased to announce that one of the most highly requested features we have heard from our customers, Blackout Windows, is being released in 6.5! Blackout windows are scheduled periods where developers are prevented from deploying code to an environment or target. This new FlexDeploy feature provides control over deployment pipelines and helps mitigate risk during key windows of company revenue.

Why use a Blackout Window?

Many of our customers have requirements that no one is allowed to put code into certain environments during the days leading up to and during holidays, or during maintenance windows. For example, retailers schedule blackout windows during Black Friday shopping to reduce outage risk for a high revenue impact timespan. Finance firms forego deployments around the holidays because of the anticipated increase in web traffic.

Now, in 6.5, these dates and times can be set and enforced in FlexDeploy. Users that attempt to execute activities during the window will receive a configured message that they can’t deploy during the window. Any automated jobs will automatically be failed with the same message recorded in the logs and reports.

While administrators can set up, modify, inactivate, delete, or end blackout windows early, there is no way to override a deployment to go through a window. This prevents any kind of accidental deployment.

Blackout windows can be configured to be one-time or recurring. Recurring blackout windows use cron expressions to specify their schedule. This example shows blocking off the Christmas season to avoid deployments when too many people are out of the office. 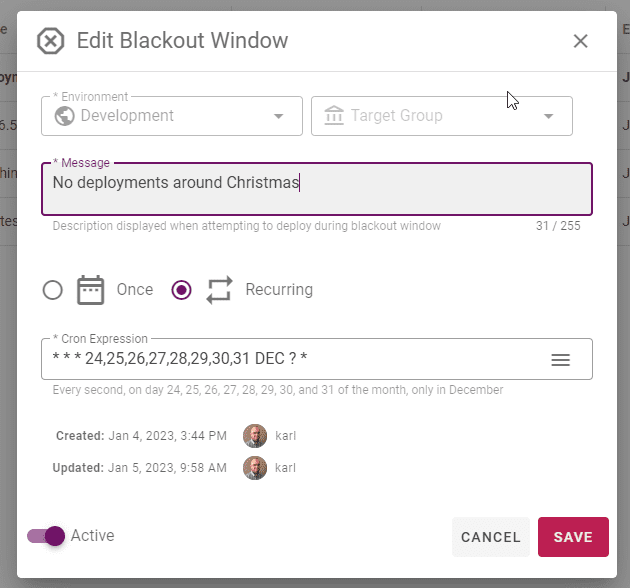 If a user attempts to deploy during the window, they will receive an error. 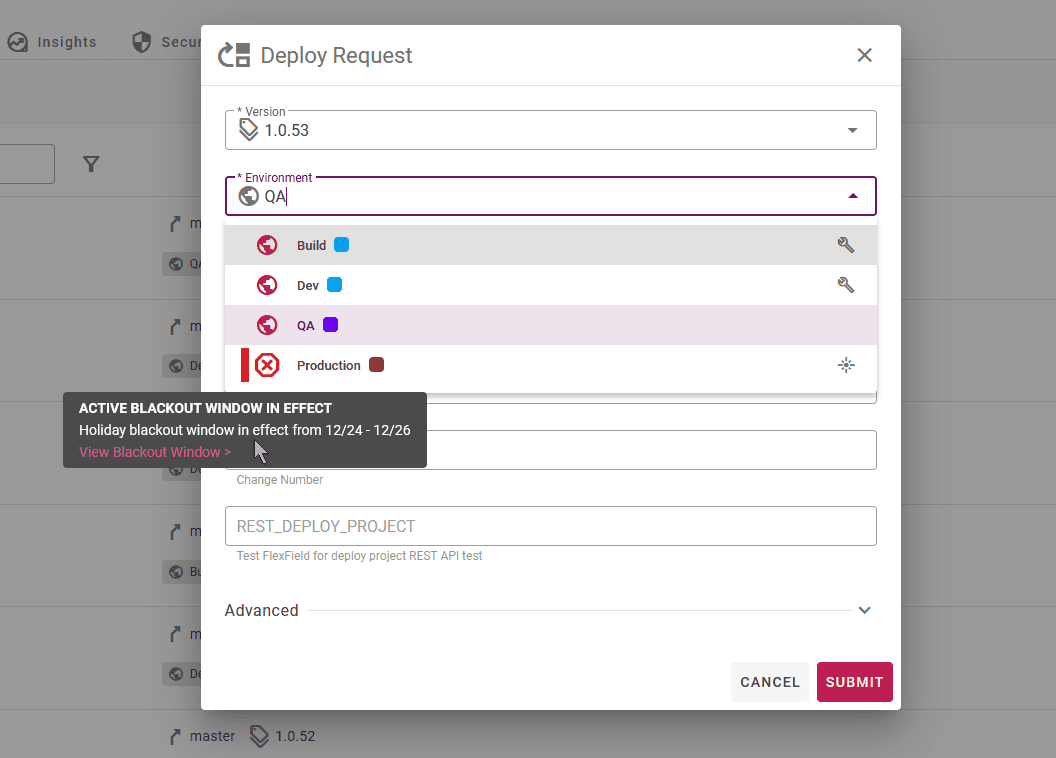 If an automated process kicks off an execution, it will not proceed, but will fail with a relevant message.

We are always happy to announce new features, and releasing one that is so highly anticipated is especially exciting. We hope that you will try the 6.5 release of FlexDeploy, releasing at the end of January ’23.