This is the fourth article in the blog series on what makes FlexDeploy a perfect fit for container native technologies:

In this post I am going to show how FlexDeploy can leverage Serverless paradigm and use Fn Project functions in a build workflow.

The first step of the build workflow Build OJet Application is a Shell plugin operation which invokes an Fn function building an Oracle JET application, zipping the web folder and pushing the zip file to a Nexus repository. The invocation of the function looks like this:

The build Fn function is going to be based on a docker image which we can build with the following Dockerfile:

So, let’s build and push the image to Docker Hub:

The image eugeneflexagon/ojetbuilderfn contains git client to fetch source code of the Jet application, OJET Cli to build the application and zip to archive the web folder (result of the build). It also contains build.sh shell script which actually, builds, zips and pushes the archive to the Nexus repository: 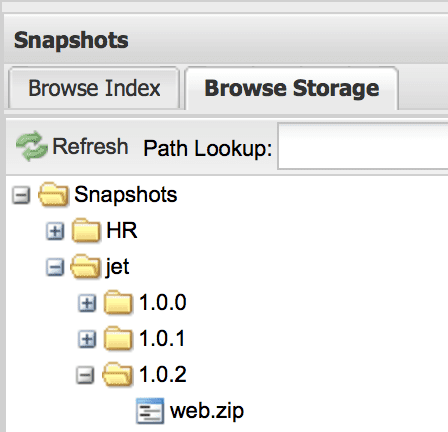 Having eugeneflexagon/ojetbuilderfn Docker image created we can define the build function which is invoked by Build OJet Application workflow step: 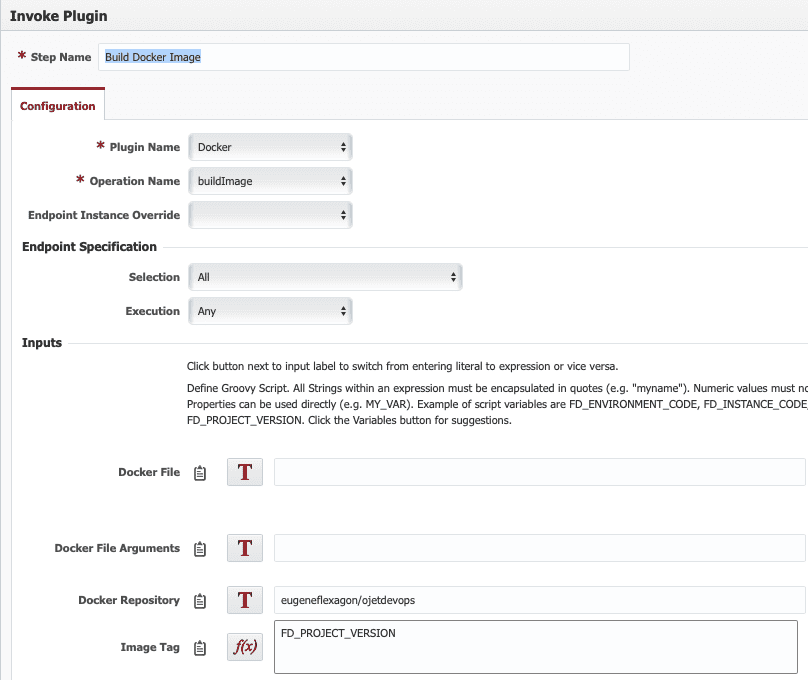 The image is going to be built with the following Dockerfile: 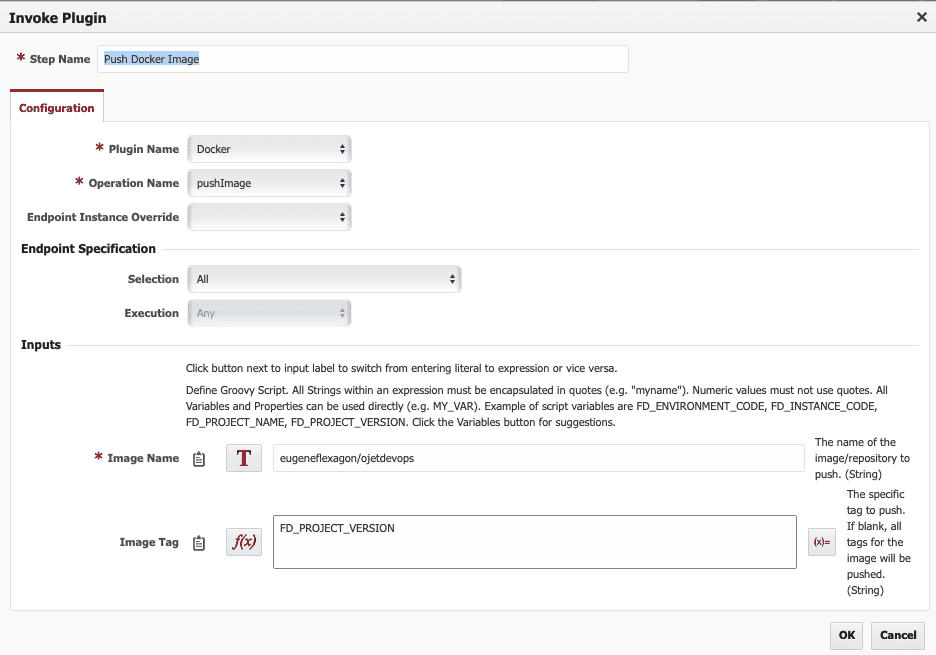 Having the image pushed to Docker Hub we can pull it and run the container locally:

And see the result at http://localhost:8082, or we can deploy the image to a K8s cluster with deploy function as it was described in the previous post.