This is the last article in our series on what makes FlexDeploy a seamless fit for Oracle Fusion Middleware users. In this blog article I will walk through the core components of FlexDeploy, which enable the basics of build and deployment automation. I will demonstrate how to build and deploy SOA composites across any number of environments. I will extend this SOA example using other functionality to enable an effective continuous delivery solution. All of these concepts apply to any FlexDeploy project type

In this post, I’ll discuss how FlexDeploy integrates with ServiceNow, a change management system, to provide an approval for the production stage of the Blog Release.

We need to add ServiceNow as a change management system, add a new stage to the pipeline, configure an external approval gate, and configure the deployment steps in the same manner as the other stages.

The first thing to do is to create a change management instance and configure the instance to the actual ServiceNow implementation. 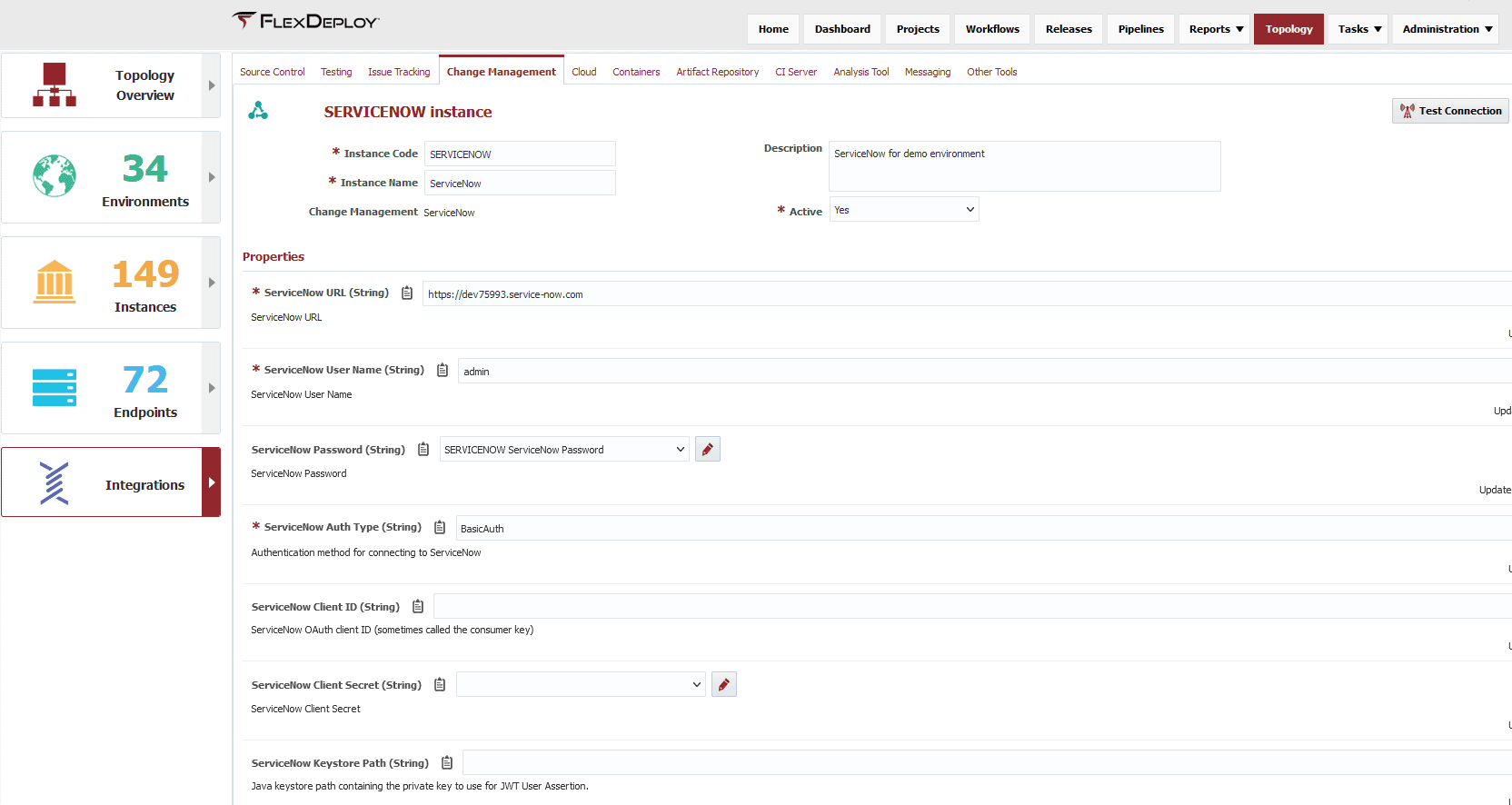 ServiceNow will be utilized by the Blog Project so we need to configure the project to know about the change management instance.

We need to override the default settings as we are only adding ServiceNow to the production stage of the release. We will also require a change ticket to be entered to approve the deployment. Make sure to save the configuration when complete. 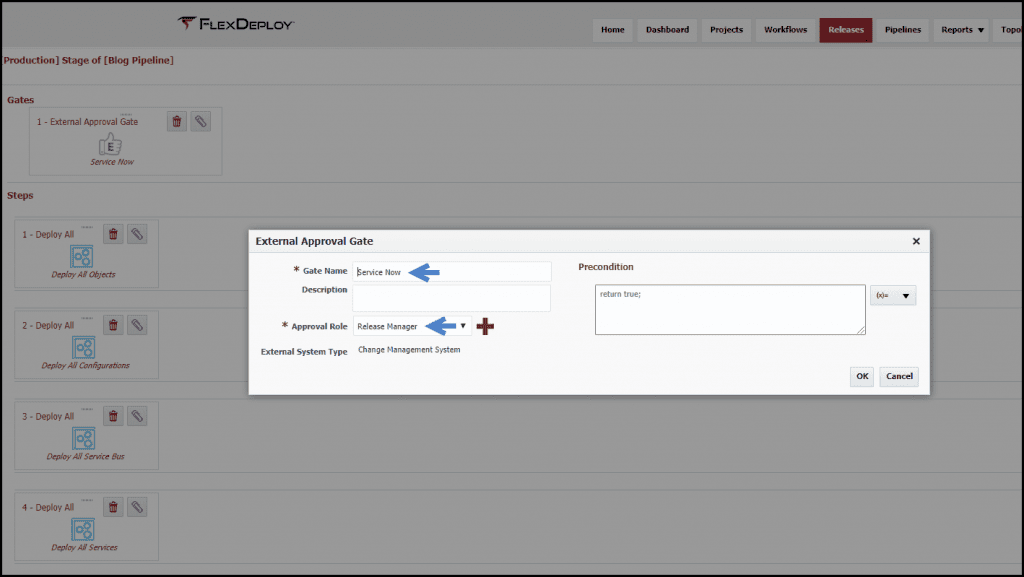 Now that we have a configured release with a pipeline, let’s see how the execution occurs. The release execution is started because the ValidateOrderProcess was changed and the continuous integration trigger that was previously set up detects and builds the composite. Upon a successful build of the composite, the Blog Release is executed with a new snapshot.

Since there are no gates in the Development Stage, the deployment of the process is already completed. However, there are gates in the QA Stage that will hold up the snapshot from further execution, but the gates can be overridden to allow the stage steps to continue. 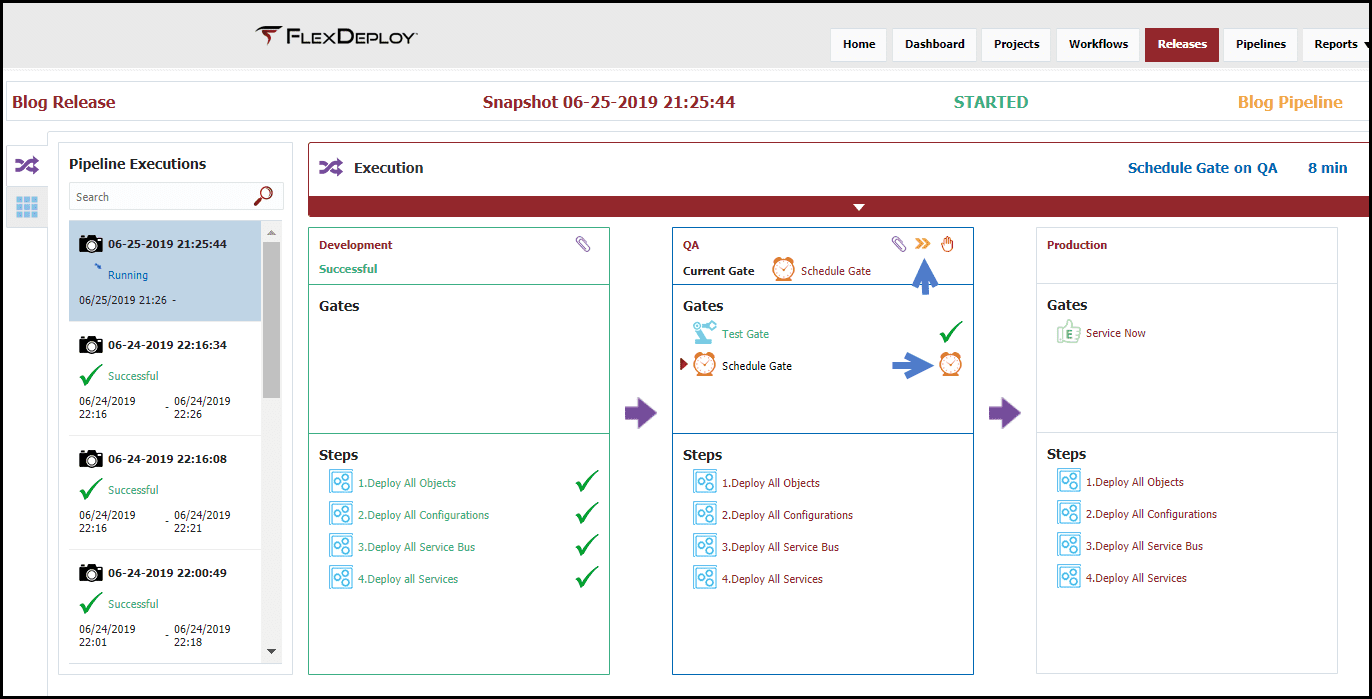 We have now covered everything from project creation, continuous integration, test automation, integration with an issue tracking system (Jira), continuous delivery across several environments and integration with an external change management system (ServiceNow). Although a SOA composite project was shown throughout the series, any project type can be configured and executed in the same manner such as Oracle Service Bus, Oracle MDS, or Oracle WebLogic configurations.