This is the second article in our series on what makes FlexDeploy a seamless fit for Oracle Fusion Middleware users. In this blog article I will walk through the core components of FlexDeploy, which enable the basics of build and deployment automation. I will demonstrate how to build and deploy WebLogic configurations (datasource and EIS entries) across any number of environments. I will extend this SOA example using other functionality to enable an effective continuous delivery solution in the next four blog posts. All of these concepts apply to any FlexDeploy project type.

The WebLogic configuration files are a set of files that contain the datasource and EIS properties that are required to create the WebLogic objects. These files require a specific format and provide the ability to have environment specific data such as connection information or passwords. All files will have property replacement run against them which allows passwords to be encrypted in FlexDeploy and replaced in the file when needed. The configuration files will be stored in an SCM.

Workflows are a sequence of operations to implement the build or deployment for a technology into a single environment. There are several different types, but here we will focus on the build workflow and the deploy workflow. 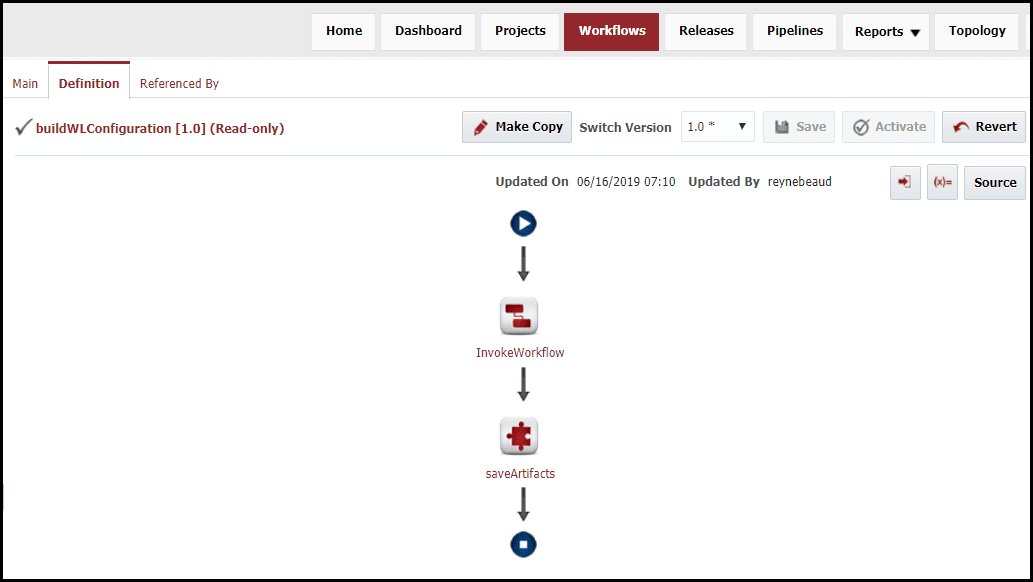 The deploy workflow uses the createOrUpdateDataSources and createOrUpdateEISEntries operations from the Oracle WebLogic plugin with default configuration and the copyArtifacts from the Flexagon File plugin. In addition, a property was created to match the one in the datasource configuration file above. 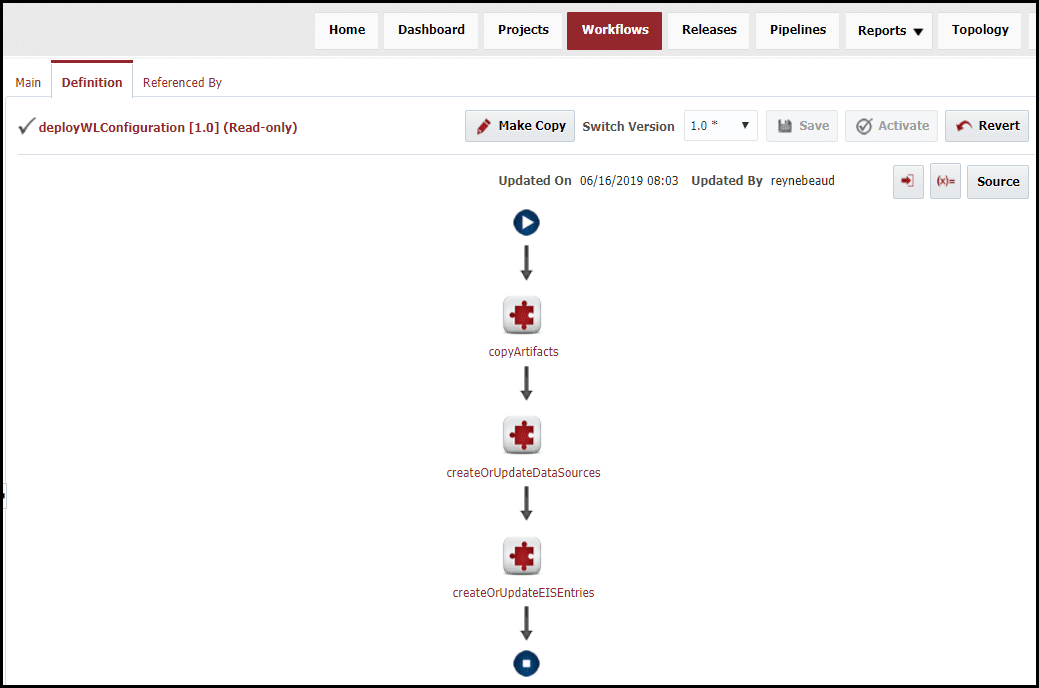 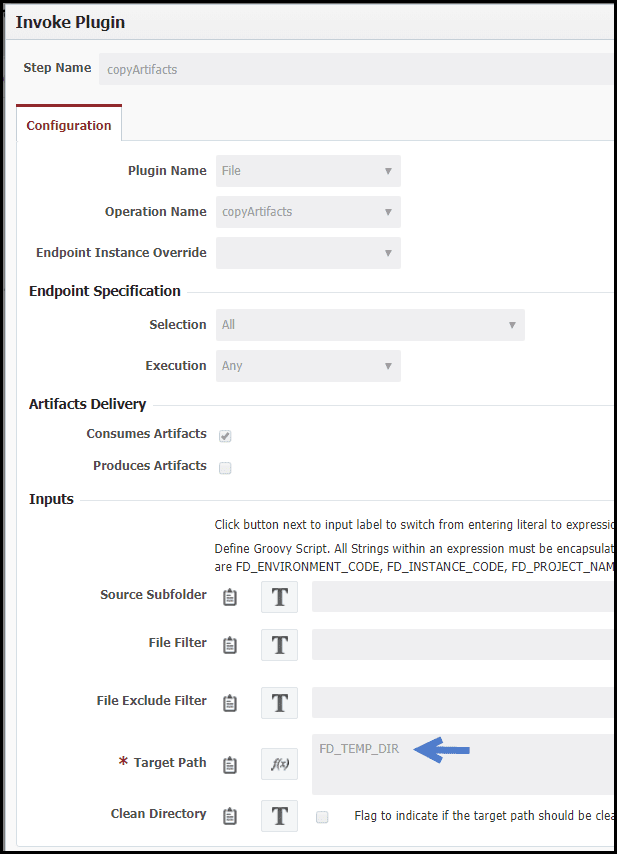 Unless we later want to add logic to implement specific use cases or add test calls, we would never need to revisit the workflows again for WebLogic configuration. Do not confuse a workflow with the orchestration of deploying across a series of environments. That is what is called a pipeline in FlexDeploy, and will be covered in another blog article in the series.

For this blog article I have created four logical environments. The environments are simply a name without any additional configuration, other than to indicate which builds will be performed in “Development”, and the other environments are for deployments only.

And I have indicated that build and deploy workflows for WebLogic configuration will be executed on this instance. 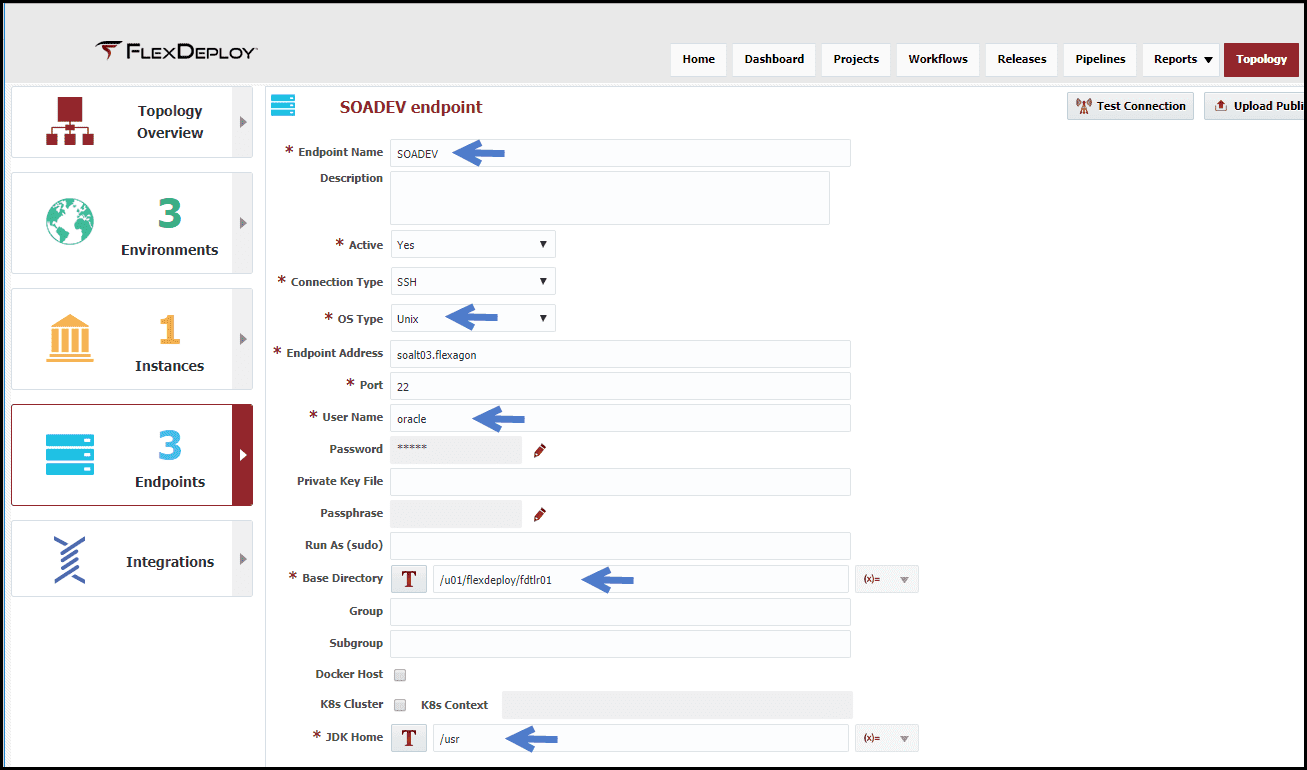 Lastly, the logical architecture must be mapped to our physical architecture. Here, in the “Topology Overview“, since I mapped the SOA instance to the three environments, a configuration matrix is formed. 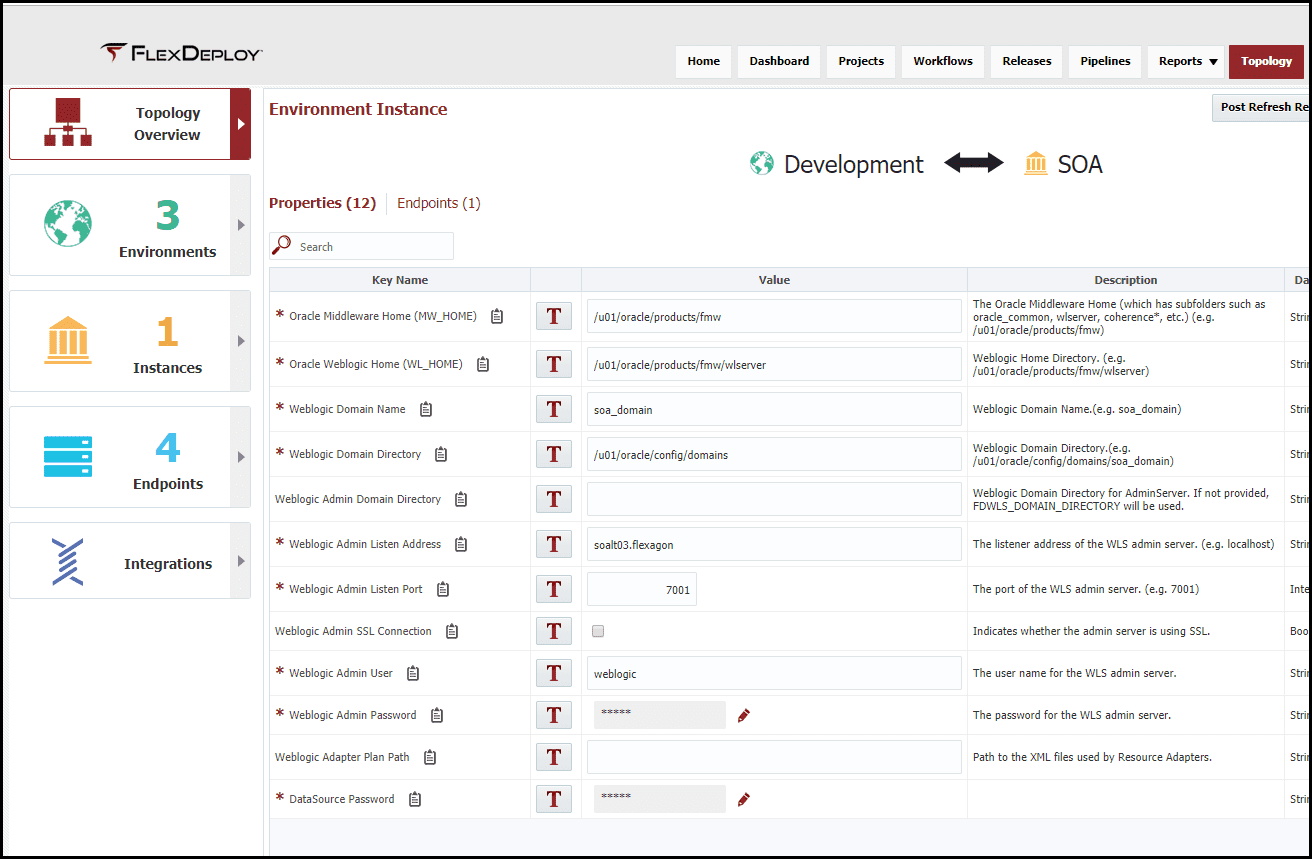 Finally, I will define a connection to my source control system. For this blog article I am using GitHub to host my WebLogic configuration files. A connection has been created to the repository, defined by a URL and the credentials. 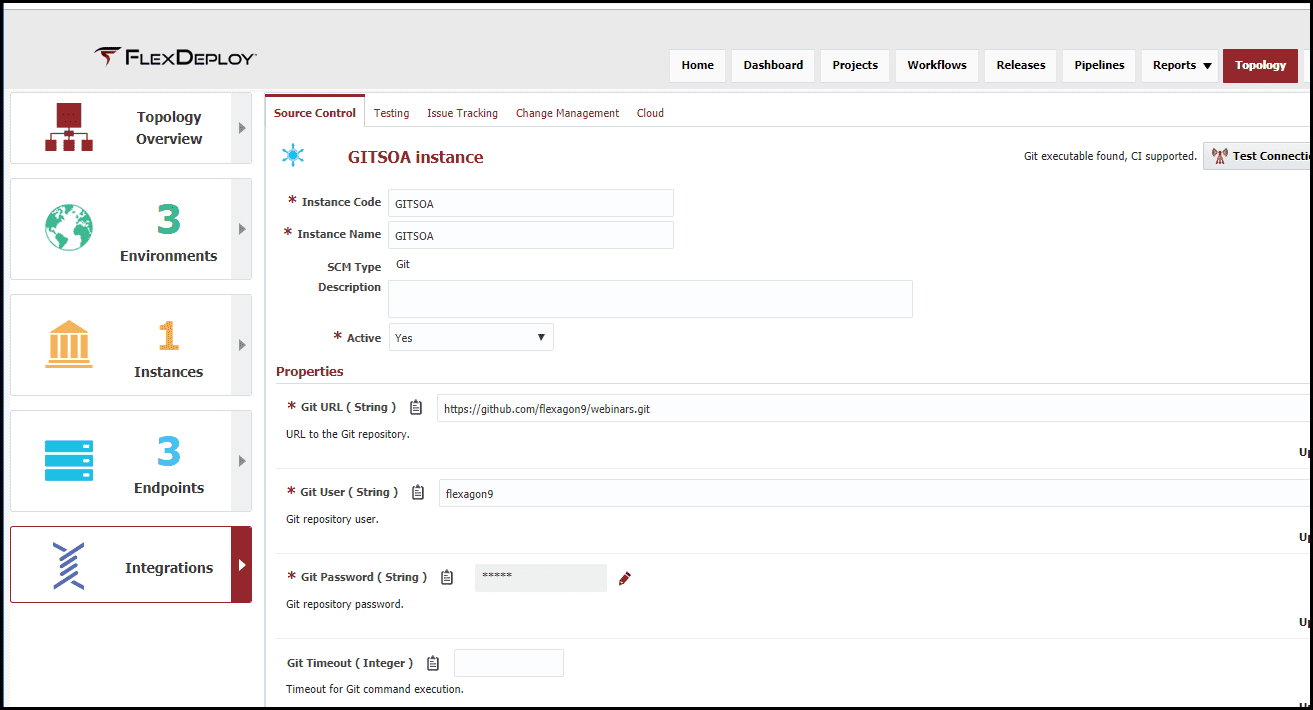 The next step in the configuration is to define one or more projects, which will be bound to the workflows, an instance, and a SCM. There can be one to many projects for WebLogic configuration.

For this blog article I have created one project to manage the datasource and EIS entry. When creating the project, I gave it a name of “WL_Configuration” and made it a standard project. 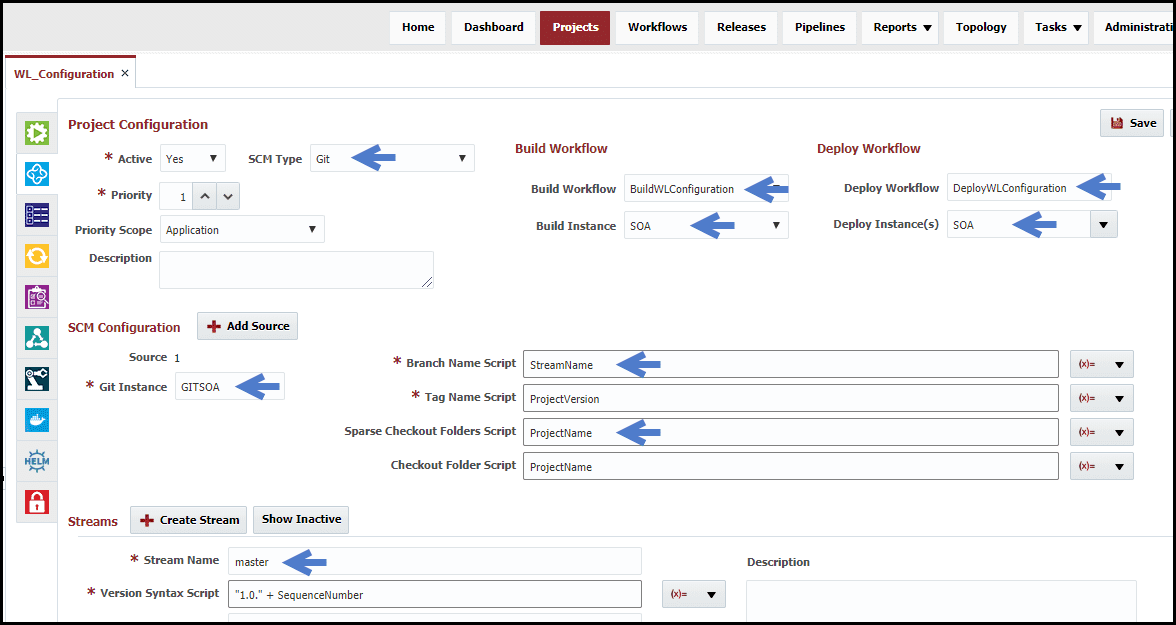 The SCM type is set to “Git”, but there are options available for all popular source control systems. I have bound the workflows I created for the WebLogic Configuration, and bound the Build Instance and Deploy Instance as “SOA”. Notice that the environment is not provided here, as the particular environment will be specified during the build and deployment requests.

The streams correlate to the branches in the Git repository the project will be built from. In this example, a master branch was created to manage the code, but additional streams for other branches can be added as required.

Now back to the SCM instance properties. The Branch Name Script is set to use the “StreamName” variable. This will resolve to the stream that is selected in the build request. The other property to pay attention to is the Sparse Checkout Folders Script. This is the path relative to the repository where the source is located for this project. For this example, my source is located in the “WL_Configuration” folder within the configured Git repository. To simplify configuration, and not have to change it for each project, a Groovy script was used: “ProjectName”. When the project is built, the value of “ProjectName” will resolve accordingly at runtime.

Now that we have completed the configuration, we are ready to execute build and deployments. To do this, we switch to the green “Execution” tab, and click on the “Build” button. 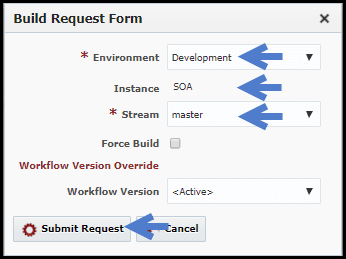 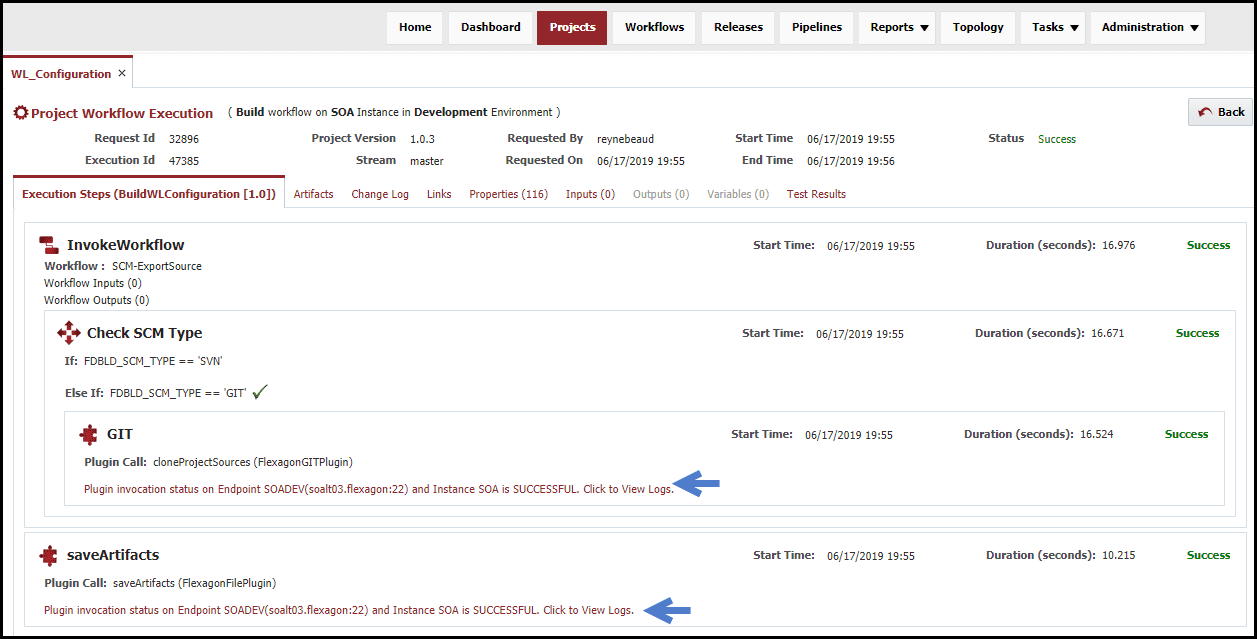 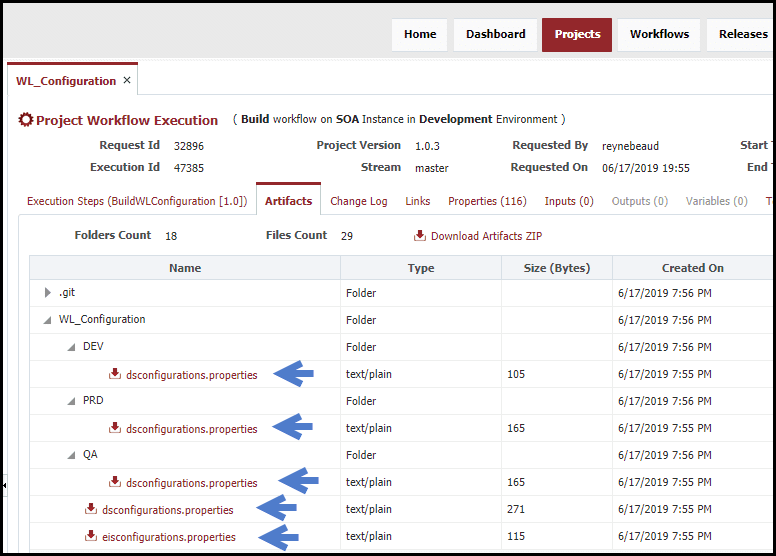 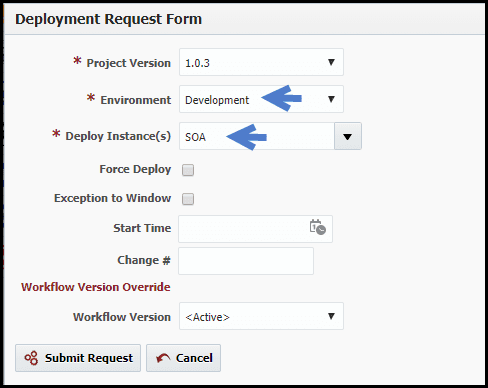 In this blog article, the steps were shown on how to configure FlexDeploy as an automation solution for building and deploying WebLogic configurations across various environments. Configuration included one time setup for workflows, topology, and projects. The core setup positions us for making adhoc requests to assemble source changes from Git into a configuration artifact, and deploy that artifact into any environment. In the next blog article in the series, MDS setup will be added to the solution.