In this blog, we will see how FlexDeploy can help with out-of-box capabilities to provide more efficient ways for managing visual applications developed using Oracle Visual Builder.

In this case, you will need to create two different accounts for Dev and Test environments, respectively. I have created HRAPPDEV and HRAPPTEST for this blog and have shown HRAPPDEV below for your reference. 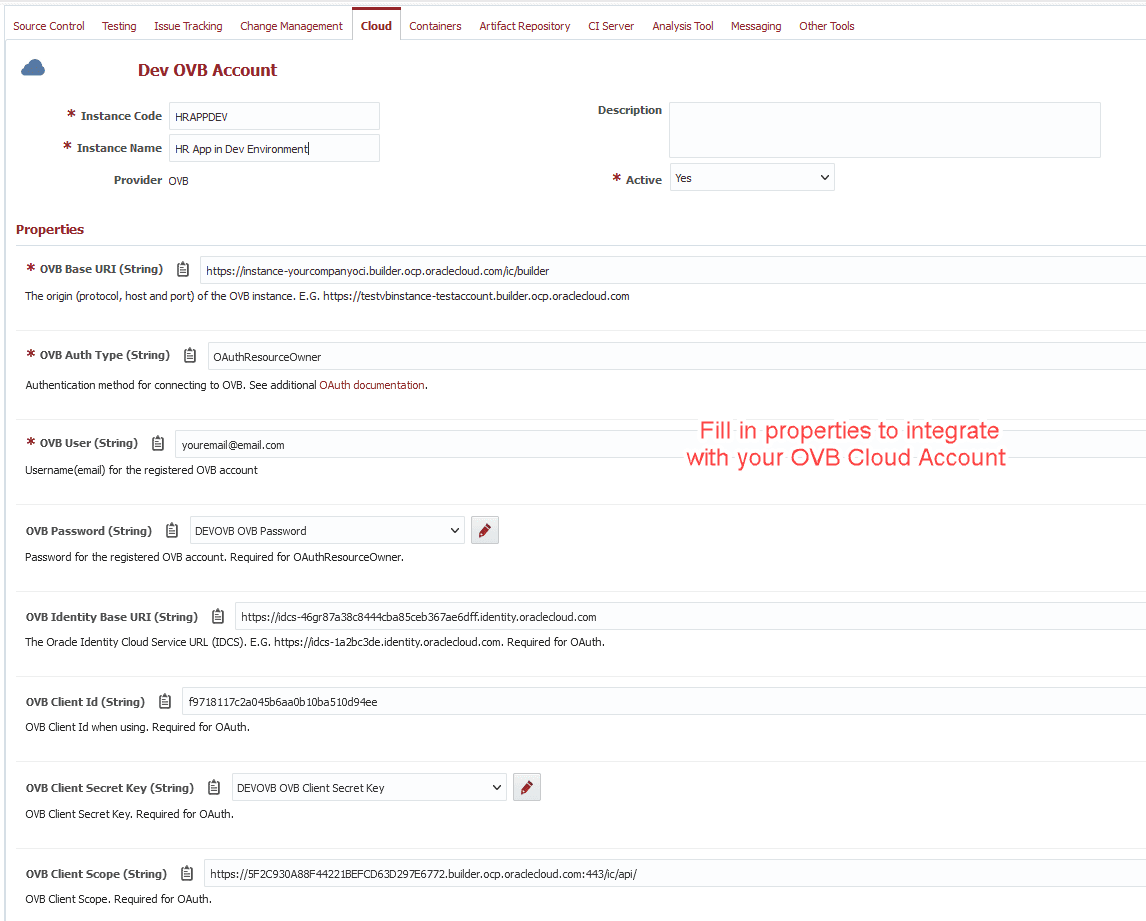 For this blog, let’s create an HRApp in Oracle Visual Builder Studio instance as shown below. 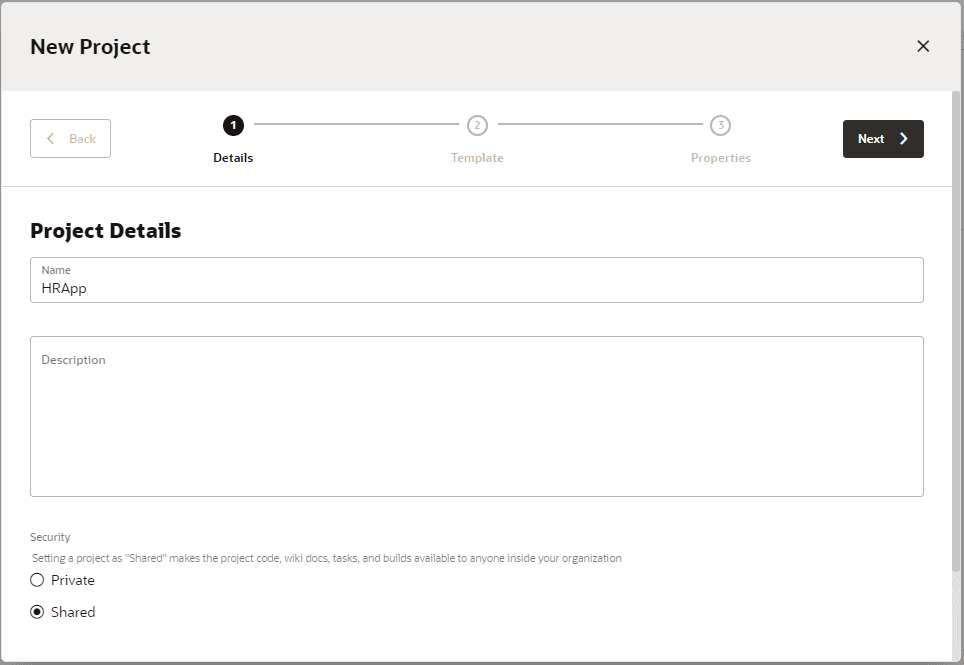 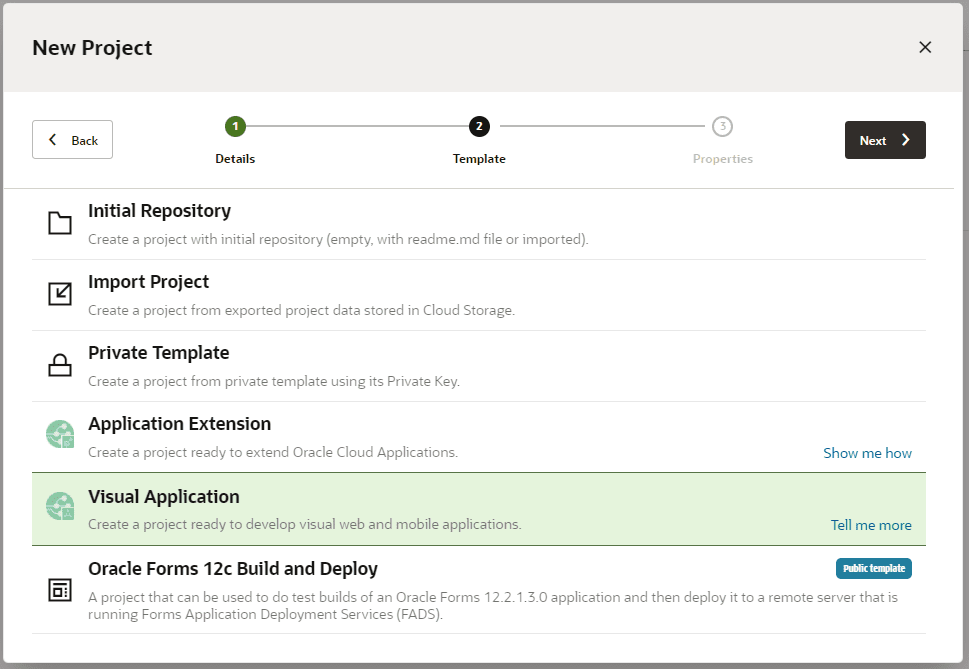 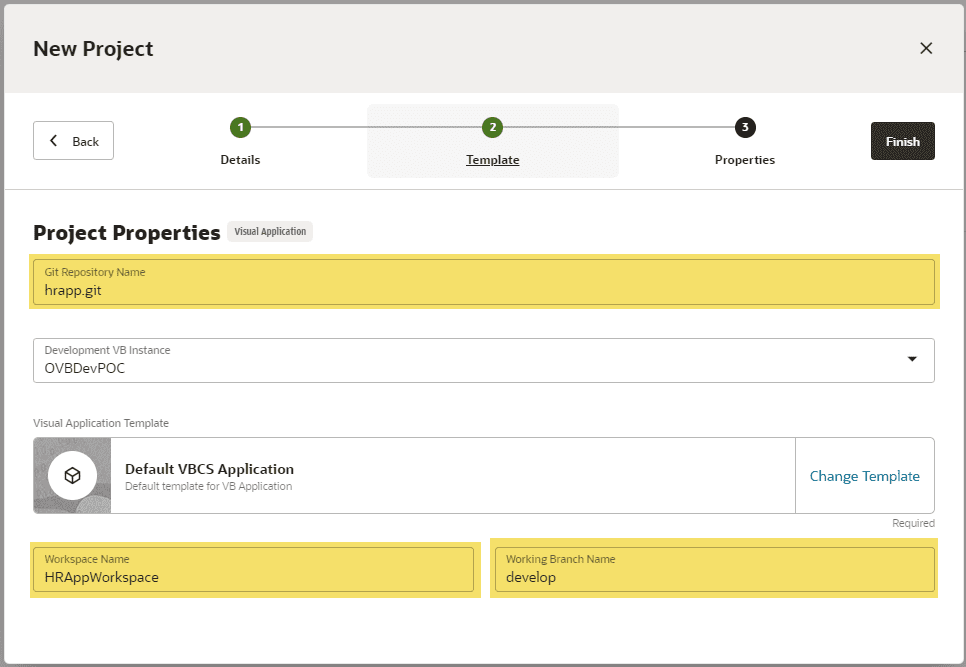 The git URL can be found by selecting git in visual builder, and then clicking clone like below.

The git instance will use that URL and your Oracle Cloud Integration credentials like below.

Now, let’s create a build workflow to clone the application source from Visual Builder Studio Git repository, perform the build, and save artifact files to the FlexDeploy artifacts repository. The artifacts saved will be used to deploy to one or more target cloud instances. 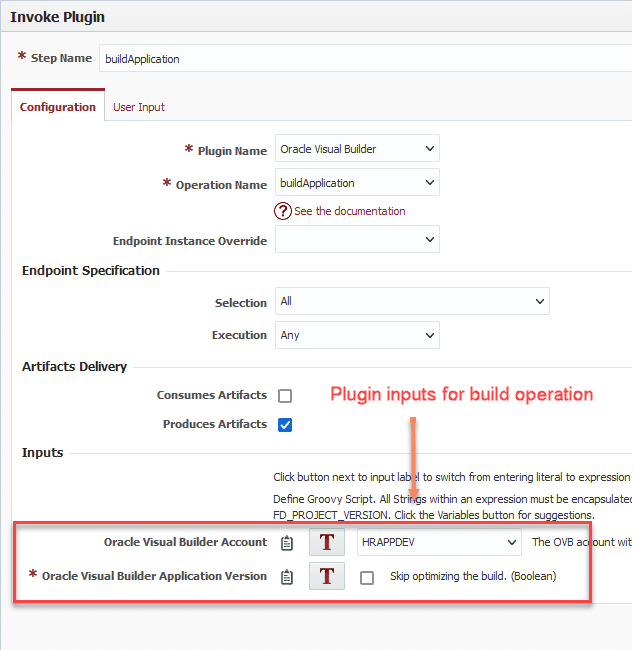 Let’s create a deploy workflow to deploy the application to the target cloud instance and publish it. 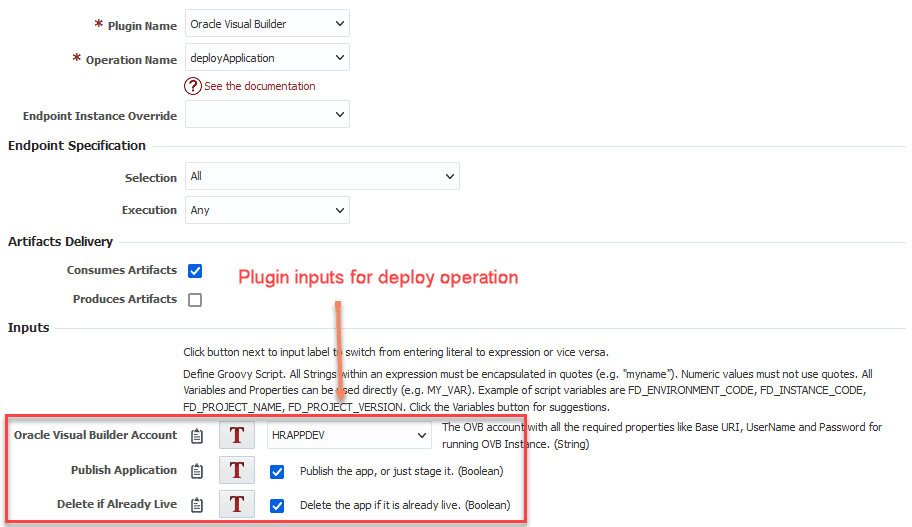 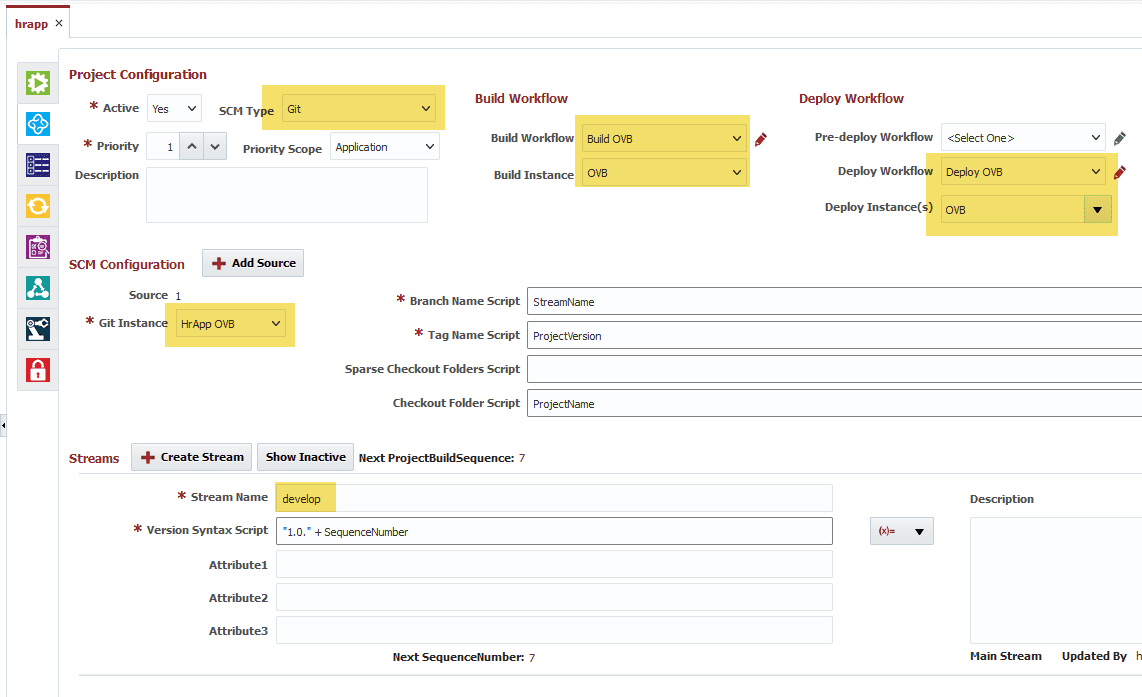 We have completed all the setup and are ready for testing all the changes. Let’s run the build and deploy workflows for the HRApp project.

The build OVB workflow step built the files into a zip archive ready for deployment. The Deploy OVB workflow step used the zip from the artifact repository to deploy and published it to the Test instance (HRAPPTEST).

You can refer to the deployApplication plugin operation for more details.

Verify the visual application (HRApp) on the VBCS instance after the deploy workflow execution is completed.

In this blog, we saw how easy it is to set up FlexDeploy to achieve Continuous Integration for visual applications developed in the VBCS development platform. It completely reduces the overhead for maintaining multiple profiles with duplicated server endpoint configurations across various cloud environments. More importantly, the FlexDeploy Visual Builder Plugin offers various features which enable you to customize your workflows for efficient and flawless application management.

You can stay focused on the visual application development and let FlexDeploy help you cross the finish line with its DevOps capabilities.